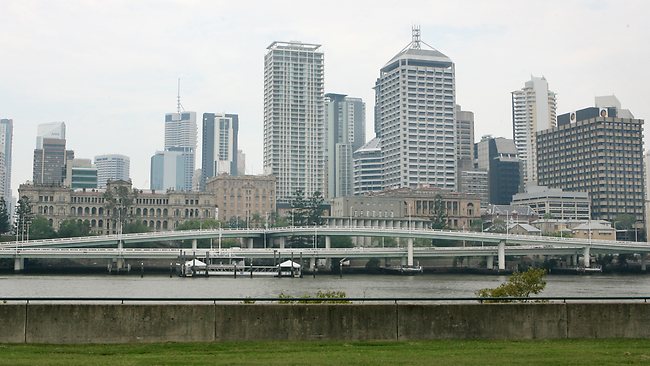 TWIN helipads will be built on the Brisbane River in time to transport world leaders into the CBD for the 2014 G20 summit.

Lord Mayor Graham Quirk and acting Premier Jeff Seeney unveiled plans for the twin helipad today, on the bank of the Brisbane River behind the Executive Building.

Cr Quirk said the project was expected to cost between $3.8 million and $9 million, and private sector involvement would be sought.

“As a City we’re prepared to make a commitment towards it,” said Cr Quirk.

“Any city that wants to be an international city, ought to have a helipad in the centre of that city.”

He said the infrastructure would be “flood resilient” and would provide opportunities for the “corporate sector, government sector and tourism sector”.

“We’ve already seen expressions of interest for its use from people wanting to go from here to Brisbane Airport, from here to Archerfield Airport; there’ll be tourism operators that’ll be keen to operate it, and there’ll also be media outlets keen to utilise these facilities as well,” Cr Quirk said.

“I think it’s something the City has been lacking and something that’ll be very, very important and it will be completed in time for the important G20 that’ll be held in Brisbane in November 2014.”

Mr Seeney said he believed the helipads were well placed to provide opportunities for people wanting to commute or fly into the centre of Brisbane.

“It’s part of becoming a world city to have this sort of facility in the centre of the city so people can fly into here directly,” said the acting Premier.

Brisbane’s CBD used to sport a helipad but it was dismantled in October 2005, a year after an incident in which a chopper overturned from the landing platform into the river.

Investigations found there was never any clear specifications set for the weight the platform could handle.