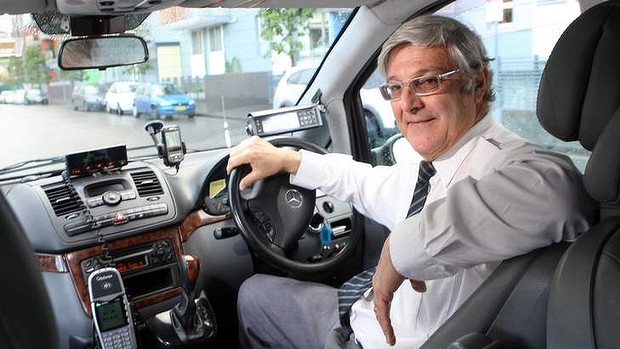 The proposed 3am ”last drinks” rule could make it harder to find a cab at a time when the majority of taxi drivers in the city are changing shifts, drivers say. But they have also welcomed a package of measures that may mean they have to deal with fewer and less drunk people on Friday or Saturday night.

The O’Farrell government’s main transport initiative included in Tuesday’s response to concerns about alcohol and drug violence was to cut the cost of late-night bus services between Kings Cross and Sydney’s CBD.

Extra ”Plan B” bus services between Kings Cross and Town Hall and Central were introduced last month at a cost of $2 a trip. But on Tuesday Mr O’Farrell said those buses as well as NightRide buses in the same direction would be free.

The government has faced calls from transport advocates and the state opposition to run trains all night on weekends to help revellers move out of the city centre.

But Mr O’Farrell said he had taken police advice in focusing on buses. ”The advice from police was … it is much more secure to have that transport running above ground through buses than through tunnels, on trains,” he said.

The government said most venues through central Sydney would need to lock out patrons after 1.30am and call last drinks at 3am.

Australian Taxi Driver Association president Michael Jools said the 3am regulation would make it more difficult to find a taxi.

He said the government should put on more ”peak availability” licences.

An officer in the NSW Taxi Drivers Association, Trevor Bradley, said 3am last drinks would not help crowds of people get home at night, but lock-outs from 1.30am would tame the drinking culture.

”We’ve got to deal with drunks and it’s not pleasant,” Mr Bradley said. ”I would say that’s a step in the right direction.”

NSW Taxi Council chief executive Roy Wakelin-King said he welcomed the proposed strategies to reduce alcohol and drug-related violence, and said the industry would work to ensure it could accommodate any changes.

”Irrespective of the time, we’ve got to provide that service,” Mr Wakelin-King said. ”We are an essential public transport service that needs to operate right throughout the night and day.”

Transport Minister Gladys Berejiklian said Transport for NSW released 250 extra peak availability licences last year that could only be on the road between midday and 5am.