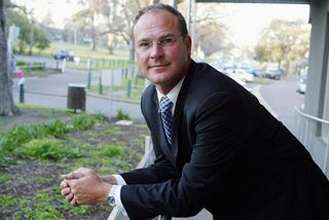 NEW Tourism Queensland boss Steven Wright is acknowledging the importance of the Far North to the state’s tourism industry by meeting industry leaders in Cairns next week, just seven days after he started his new job.

The Gold Coast tourism, events and sports consultant will eventually head up the new Tourism and Events Queenslandorganisation as part of legislation changes now before State Parliament.

Mr Wright said he was keen to involve regional tourism bodies and was scheduled to meet senior Tourism Tropical North Queensland personnel as well as other key industry leaders in Cairns next Monday.

“The Government has set a target to double annual overnight visitor expenditure from $15 billion to $30 billion by 2020,” he told Businessweek.

“Growing key regional markets like Cairns and tropical north Queensland is going to be vital to achieve this and having industry partners on board is going to be critical.

“A collaborative approach between government, industry groups and the tourism and events team will be crucial as we map out future strategies to achieve this,” Mr Wright said.

“I am looking forward to working very closely with all the key stakeholders, including regional tourism organisations like Tourism Tropical North Queensland, to ascertain how we can work better with them, closer with them, and give them more scope to grow their market.

“The Government and Tourism and Events Queensland are very clearly focused on delivering on the outcomes from Destination Q held in Cairns earlier this year.”

“Steven is one of Australia’s most experienced administrators and advisers across the sport, tourism and event sectors with more than 25 years experience and I am thrilled he has accepted the position,” she said.

“Most recently, his move to Queensland has seen him closely involved with Events Queensland and the tourism industry through his private consultancy.”

“He will guide TEQ to reach the Government’s goal of increasing tourism expenditure to $30 billion by 2020,” Mr Gregg said.

Mr Wright is managing director of SBEC Solutions, a boutique consulting company specialising in the development of strategic, commercial and operational plans for government authorities and private businesses in the sport, tourism and event sectors.

Mr Wright is a former chief executive officer of the Australian Grand Prix Corporation, the Richmond Football Club and Brisbane Lions AFC as well as a consultant for the Australian Football League and a lawyer.