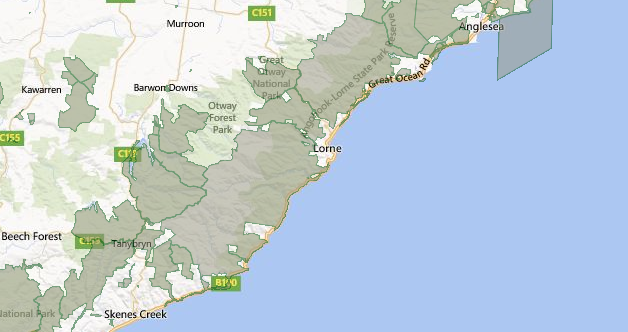 From the Geelong Advertiser 29th January 2014

A LONG weekend camping trip went horribly wrong for three Melbourne men who crashed their 4WD after leaving their illegal campfire unattended in bush near Lorne (on the Australia Day long weekend 2014).

The men, all aged in their 20s, had to call police after crashing into a gum tree on gravelly Sharps Track about 9.30am and writing off their Toyota Landcruiser.

The driver was taken by ambulance to Geelong Hospital with head and suspected spinal injuries, and is also facing a careless driving charge from police.

However, things got worse for he and his buddies when they admitted to police they’d camped nearby overnight and had lit a campfire.

Officers returned to the site, to find the fire flaming, even though the men believed they had doused it.

“The fire could have got out of control and been a real problem,” said Acting Sergeant Mick Atkinson.

Police are referring the matter to Parks Victoria, which has the authority to lay charges in relation to the fire and camping offences.