Some wine insiders not happy with extreme Grange marketing 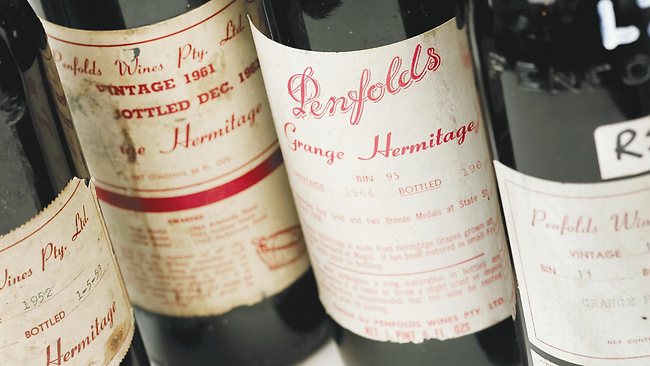 A $1.85 MILLION dollar price tag placed on a full set of Penfolds Grange, plus luxury wine and leisure experiences offered by the South Australian winery, has been labelled a blatant marketing ploy and a “crass” initiative by industry analysts and marketers.

The exclusive deal, arranged through London-based fine wine boutique, Hedonism, has put up for sale a complete set of Penfolds Grange from 1951 to 2007 with every bottle signed by its maker, as well as 13 magnums of some of the most prized wines made by the most famous Australian winery.

The deal also includes a case of Penfolds icon and luxury bottles for the next decade, $76,000 to buy a tailored selection of the producer’s finest, a trip to Grange’s spiritual home, Magill Estate, in Adelaide’s eastern suburbs, as well as to the legendary Block 42 Barossa vineyard.

The offer, titled by Penfolds owner Treasury Wine Estates as “The Penfolds Collection”, has been “assembled for the ultimate wine connoisseur” and described as an “opportunity to invest in a piece of winemaking history” by corporate marketing executives.

The deal however has attracted criticism in the UK.

“I certainly don’t object to the desire by Australian winemakers to have their wines globally feted,” Mr Jefford said.

“These initiatives, though, seem to be statement-making of the crassest kind.

“They aren’t an offer to the market; they’re yelling at the market and hitting it over the head with a mallet,” he said.

Australian fine wine auctioneer Mark Wickman called the deal a “blatant boutique marketing” ploy that on a component by component calculation wasn’t worth anything like the price being asked.

Mr Wickman said that despite all the respect and publicity given internationally to Penfolds Grange, the wine was still “massively undervalued” on the international stage in comparison to other famous brands.

“This may be a boost to get the price up and to get Grange out there in the forefront of the international market,” Mr Wickman said.

Demand for Penfolds’ premium wines across the globe has strengthened in the past five years, general manager Gary Burnard said.

“The Penfolds collection presented by Hedonism is an acknowledgement of the strength of Penfolds appeal and a testament to the long term value and appreciation of our wines,” Mr Burnand said.