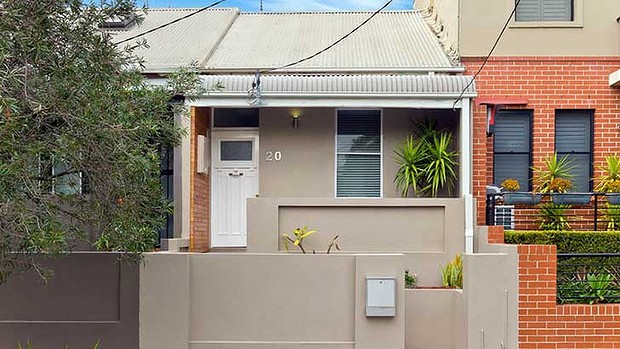 The former industrial suburbs surrounding Green Square are becoming hot property as buyers look to capitalise on the region’s booming cafe culture and proximity to the central business district.

This was evident at the auction of a small two-bedroom terrace at 20 Princess Avenue, Rosebery, on Saturday, which sold for $1,001,000 – $51,000 over reserve – a result that stunned neighbours, as well as the young couple who owned it.

”We’re so happy, so happy; it was beyond our expectations,” said Marie Lam, who, with husband Robert, had bought it seven years earlier for $528,000.

In that time the couple has had two children – Marie gave birth to their second child two weeks ago – and outgrown the 145 square-metre, renovated house with off-street parking. But they liked the quiet street so much they bought a larger house a few doors down.

”[This area] is a hidden gem,” Ms Lam said. “It’s got public transport and is close to the city, where we work, and there’s a lot of upcoming cafes and restaurants.”

Theirs was one of 433 auctions scheduled on a bleak Saturday in Sydney. Yet, despite the dark clouds, about 40 people turned up to this auction, including six groups who registered to bid.

The new owner, who did not want to give his name, works as a cameraman and said while the suburb was not his first choice, it was a good area that was only going to get more popular over time.

”I saw real estate prices going up in places I wanted to live and thought this was the last chance to get a house in an area close to the city,” he said. “It’s a lot of money [to pay] but, over the long term, it will turn out to be a fair price.”

The agent, John Higgins of My Place Estate Agents, said the market in suburbs within a 10-kilometre radius of the CBD was the strongest he had seen for a decade. And houses in this pocket of Rosebery were becoming increasingly rare, as more and more apartments were built.

”This is a quiet street,” Mr Higgins said. “A lot of my buyers through here are from Randwick, Coogee and they want a little more value for money.”

In other auctions on Saturday, 22 groups registered to bid for a one-bedroom, unrenovated apartment at 6/3-11 Church Street, Randwick, which was bought by an investor for $631,000 –$81,000 over reserve. Agent Anthony Romano, of LJ Hooker Randwick, said its popularity was mostly down to its north-facing position.

Up at Mona Vale, there were 10 registered bidders for the four-bedroom house at 152 Narrabeen Park Parade, which sold for $1,910,000 – $460,000 over reserve – through Michael King, of Sotheby’s, and Stephen Scutts, of Castlerock Property.

In Canterbury, a three-bedroom cottage at 17 Napier Street sold for $965,000 – $220,000 over the reserve – through Francois Vassiliades of LJ Hooker Campsie. Such was the interest from the 23 registered bidders that even the opening bid of $750,000 was over the reserve price.

With 340 of the results in by Saturday evening, the Domain Group put the clearance rate at 82.1 per cent.