Skaters take their grind to council 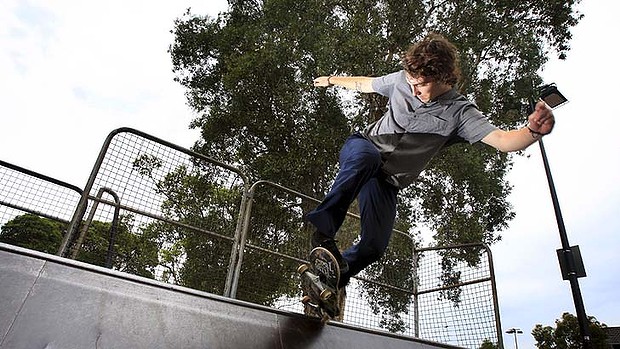 TTN: The Bondi Skate park is a significant attraction and place for tourists to relax.

Edgy: Anthony Bull, 21, at the Waterloo skate park. It was built in 2006 and has become jam-packed, says skater Nathan Ho. Photo: James Alcock

After seeing so many proposals for skate parks quashed by residents, Sydney’s boarders have taken the decidedly uncool step of involving themselves in local government.

”We attend as many meetings as we can,” says Nigel Cameron, a founder of the newly formed Sydney Skateboard Association. ”Residents, they’ll band together, but there’s no representatives for the skateboarding community.”

Mr Cameron’s association delivered a petition with 3500 signatures to the City of Sydney on Monday night, asking the council to make good on long-mooted plans for a new inner-city skate park.

The skaters will be reminding the council of a study it conducted seven years ago that recommended the City investigate building four more parks to cater for an estimated population of 60,000 skaters who live 20 kilometres from the CBD.

Those plans fell off the agenda as the skaters kept running into the same problem that has dogged them for more than a decade: nobody wants to live near them.

Over the years, plans to build at The Domain, Darling Harbour, and Sydney Park have been dumped.

Even a well-advanced recent plan to convert a disused spot beneath the Western Distributor underpass near Wynyard was shot down in 2010 after objections from Millers Point apartment dwellers.

Nathan Ho, who has been skating in Sydney for 30 years and owns an Oxford Street skate shop, says he first remembers a proposal for a CBD skate park in the mid-1990s to lure away the thousands of skaters passing through Martin Place on weekends.

”Sydney’s CBD was ours; it belonged to boarders,” he said.

But Mr Ho says the rise of security guards and bumpy deterrents on formerly smooth handrails has made the city’s architecture far less skateable and its parks cannot cater for the overflow.

He says the city’s major designated park, at Waterloo, built in 2006, has become jam-packed on weekends, along with a smaller inner-city park at Glebe.

ALP councillor Linda Scott will bring the skaters’ petition to the council on Monday.

But Lord Mayor Clover Moore says the City’s new draft plan for managing parks, to go on exhibition soon, will include a new proposal for skateboarding facilities.