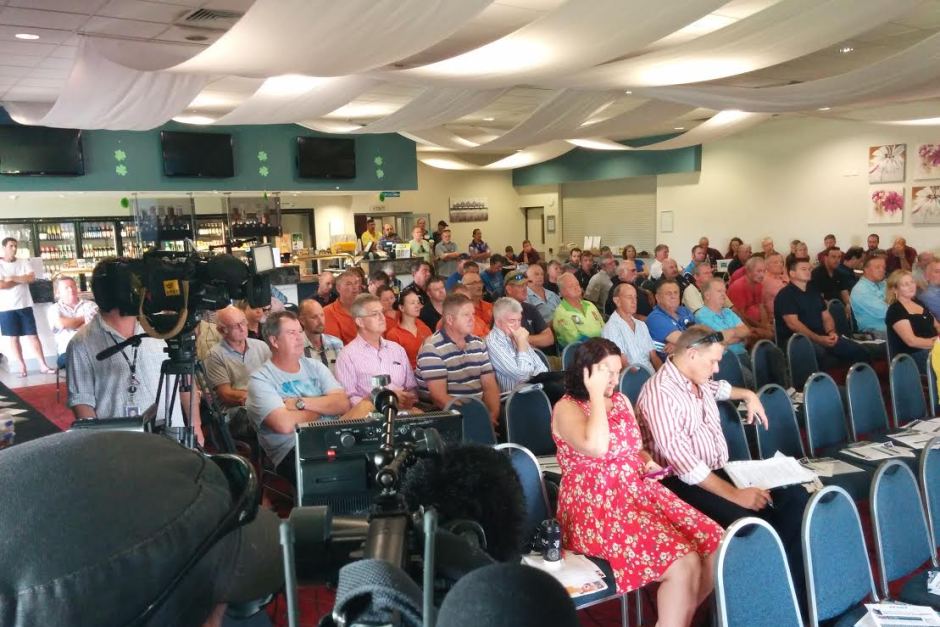 PHOTO: About 100 people gathered at the AFANT meeting in Darwin. (ABC: Alyssa Betts)

The Northern Territory Government has denied suggestions that negotiations on anglers’ access to Indigenous waters have stalled.

Mr Westra van Holthe denied suggestions that progress on the Blue Mud Bay negotiations had come to a standstill.

“Blue Mud Bay negotiations have not stalled, although Cyclone Lam has undoubtedly interfered and delayed some of those negotiations,” he said.

“To date there have been seven agreements reached between Indigenous traditional owners and the NT Government accounting for most of the important recreational fishing areas stretching from Wadeye to Coburg,” he said.

Blue Mud Bay refers to a High Court decision in 2007 that returned ownership to traditional owners of most of the NT’s intertidal and coastal waters.

Since that time recreational fishers have been trying to be allowed access to those areas and the Government has been negotiating with the area’s traditional owners.

The debate about Blue Mud Bay was kicked off by AFANT president Warren de With saying the group had some concerns about some of the recent deals struck.

“After more than six years of negotiations AFANT has real concerns at some of the developments in the negotiations,” Mr de With said.

“The NT Government has apparently stopped negotiating with the land owners on the Upper Finniss River as well as signing up on the lock-out of anglers from most of the productive waters on the northern and western parts of the Tiwi Islands, including water that is arguably not covered by the Blue Mud Bay ruling,” he said.

“Over time the closure areas have changed a number of times, so we were constantly pushing back from the Government’s point of view to get to where we are today. So it certainly wasn’t a simple case of a government rolling over,” Mr Westra van Holthe said.

“The traditional owners can simply turn around tomorrow and say ‘no’.”

Meanwhile, Mr Giles told the meeting that the Government would spend $2 million on the popular Shady Camp fishing spot, which has experienced boating traffic problems during busy times.