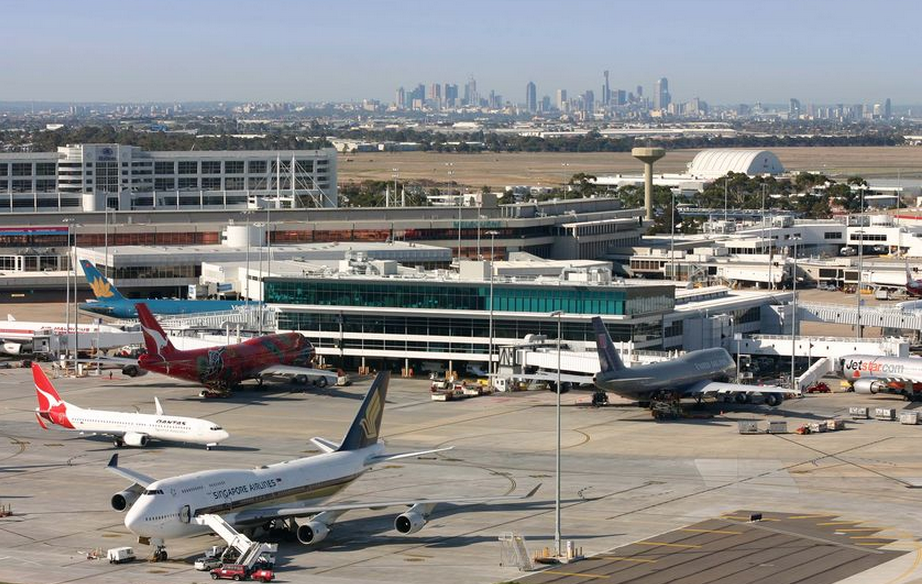 TTN, 13th April 2015:  The Australian Consumer and Competition Commission is querying why Australia’s big four airport’s revenues have increased so signficantly whilst growth in passenger numbers has been slow. The ACCC’s airport monitoring report for 2013-14 also ‘raised concerns’ that the airlines flying into the airports ‘did not possess enough bargaining power’ to ‘ensure appropriate commerical outcomes’ (competition that would result in lower fare prices), but noted airlines could apply to the national Competition Council to have airports declared under the Competition and Consumer Act.

TTN is following up on what is required to have airports ‘declared’ under the Competition and Consumer Act.

Perth airport received the equal lowest quality of service rating for the year in the ACCC report. Source: Supplied

International airlines have called on major airports to lift their game after the competition regulator found operators continued to boost revenues and profit margins without substantially lifting service quality.

Brisbane Airport was the only member of the big four to deliver a “good’’ quality of service in the Australian Competition & Consumer Commission’s airport monitoring report for 2013-14.

“In fact, service quality at all monitored airports has declined over the past decade, despite higher unit revenues at all airports,’’ ACCC chairman Rod Sims said.

Perth and Melbourne airports received the equal lowest quality of service ratings for the year, while Sydney improved to second place. All were in the satisfactory range.

But Sydney attracted attention for reaping the highest car parking margin — $5221 per parking space — in an environment where all four airports boosted parking ­revenue. Sydney, which earned $120 million from parking, also had the highest parking charges at $16 an hour, compared with $14 at Brisbane and Melbourne and $8 at Perth.

The report found that since the removal of price caps, the airports had reported significant increases in real earnings, with some margin rises of more than 300 per cent in real terms over a decade. Aeronautical asset bases — including infrastructure such as runways, terminals, taxiways and aprons — had also increased since 2003-04 with real percentage rises ranging from 21.5 per cent at Sydney Airport to 206.5 per cent at Perth.

“While acknowledging the lumpy nature of aeronautical investment, each airport also reported a larger level of capital expenditure as a proportion of aeronautical assets in 2013-14 than in 2003-04,’’ the report said.

The report also raised concerns that airlines did not possess enough bargaining power to ensure “appropriate commercial outcomes” at some airports but noted they could apply to the national Competition Council to have an airport declared under the Competition and Consumer Act.

It said bargaining power imbalances were better addressed through competition, but argued that the competitive framework in Sydney had been undermined by giving the operator of Sydney Airport first refusal on any second airport within 100km of the CBD.

BARA also called for improvements in custom, immigration and quarantine services, noting that these also affected the efficiency of airline operations and passenger experience.

On the question of bargaining power, Mr Abrams called on the next review of “light-handed’’ regulation of the airport to determine whether agreements reached between each airport and the airlines was better than if it was set by an independent third party.

“This provides the right benchmark for assessing the merits of the current economic regulatory arrangements and the conduct of individual airport operators,’’ he said.

But the ACCC’s findings were disputed by the Airports Association of Australia, which questioned the link between increased financial margins and “claimed lagging of quality of service outcomes’’.

“While aeronautical revenue for these airports has increased over the past 12 months, for a variety of reasons including increased international passenger numbers, it is not fair to imply there is a reluctance from airports to improve their level of service,’’ association chairman Stephen Goodwin said.

“The multi-billion-dollar levels of investment that are occurring at each of these four airports is evidence of an unwavering commitment to continually improve and develop the services we provide our customers.”

The association pointed to “record investments’’ totalling $900m across the four airports in 2013-14.

The association said the airports were each undertaking significant infrastructure investment — including new terminals, runways and aeronautical infrastructure — with spending ranging from $139m to $329m in 2013-14.

“These are world class facilities and with these high levels of investment they will only get better.’’

The Australian Competition and Consumer Commission (ACCC) has found Melbourne Airport is making more money from car parking fees than any of the country’s other main airports.

That accounted for about 21 per cent of its revenue.

The chairman of the competition watchdog, Graeme Samuel says the airports appear to be taking advantage of their customers.

“If you have a monopoly control over a facility, then you have very little incentive to provide convenient alternatives that might be at a cheaper price and at a lower return to the owner of the facility,” he said.

“The only way it can be controlled ultimately is by some form of government regulation, but of course governments are very reluctant as they should be to regulate these areas.”

Melbourne Airport spokeswoman Carly Phillips is defending the amount of money it is making from car parking, saying the airport has far more parking spaces than other airports.

“[Melbourne Airport has] some 22,500 parking spaces compared to the nearest rival, which is Perth Airport at about 12,000,” she said.

“One of our most popular products, which accounts for more than 50 per cent of all short-term car parking, is between zero and two hours, and those prices haven’t changed in the last three years.”