Claims 2nd Sydney Airport will boost GDP by $24b 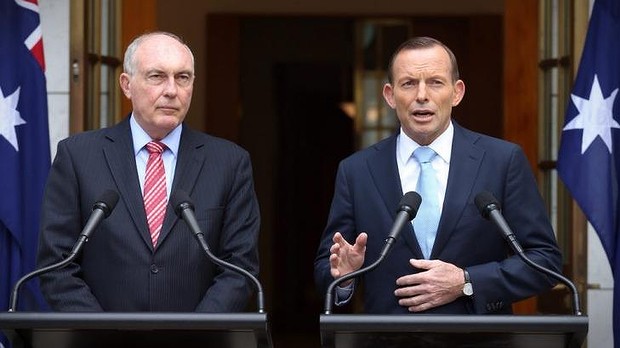 TTN: In this report, Transport Minister and Deputy PM Warren Truss tells PM’s Louise Yaxley the 2014 general plan for Sydney’s second airport, including that it will likely start as a domestic airport then grow into an international facility depending on investor interest. A $3b roads package has been announced (after this story) to complement the new airport.

The current operators of Kingsford Smith Airport, Southern Cross airports, have the first right of refusal on construction contracts. A $3.5b roads package has been announced to complement the new airport.

To hear the audio of this story, please go to the PM story, here

MARK COLVIN: The Federal Government says it’s confident planes can be flying out of Badgerys Creek airport in Sydney’s west in about a decade, but it’s not guaranteeing that those flights will be on international airlines.

Even having domestic planes flying from Badgerys Creek by 2024 would be a dramatic end to decades of stalemate over a second Sydney airport.

Federal Cabinet signed off on the airport site this morning; the Transport Minister, Warren Truss, says it will eventually generate 60,000 new jobs and boost GDP by almost $24 billion. Aircraft noise could be the biggest political hurdle for the new airport, because unlike the existing Sydney airport, it’s likely to be unrestricted by a curfew.

WARREN TRUSS: Well, we have indicated our preference for it to be a curfew-free airport; I indicated that already 12 months or more ago, and certainly that’s the planning that we have in mind. We will, of course though, be involved in consultations with the community, with the operators, to make sure that we get the very best possible airport for Western Sydney.

LOUISE YAXLEY: That does create the risk of having two classes of Sydney residents, doesn’t it? Those who have an airport with a curfew and those without?

WARREN TRUSS: Well, there are airports around Australia that have curfews, and there are others that do not. And essentially, that’s a decision that’s been made by local communities over the years.

But also, in making those decisions, we take into account how far away are the nearest houses, what the level of buffer zone there is around the airport, and of course over recent times, the fact that airports and aircraft are so much quieter now than they ever were in the past.

A 787 is 60 per cent quieter than the aircraft that replaces it. And indeed, many of the noisy old aircraft that used to come into Kingsford-Smith airport and the other airports around Australia are no longer flying.

LOUISE YAXLEY: You say that this will start with a single runway and a modest terminal building. If that’s the case, how do you get to the prediction that this will add billions of dollars to GDP?

WARREN TRUSS: Well, we’re talking about an airport that would start small and grow bigger as time goes by. Precisely how big it is at the time of initial construction is a matter that we have to negotiate with the owner-operator.

Southern Cross airports, who operate Kingsford-Smith airport have the first right of refusal, and there will be a period now of around a year of negotiations with KSA to see whether they want to take up their right of first refusal to build this airport, and all these kinds of issues will be a part of that planning process.

LOUISE YAXLEY: Is there a danger that the major airlines will be reluctant to commit to this airport until all the roads and rail are built, and that it will be a white elephant until that infrastructure actually exists?

WARREN TRUSS: It’s our intention to start on the infrastructure immediately, and so that there will be roads and other infrastructure in place by the time the airport is open. The airport will be serving around 2 million people, and I think that will be very attractive for operators to use as another destination in Sydney. Bear in mind: 2 million people is about the size of the city of Brisbane.

WARREN TRUSS: Well, I imagine that the Western Sydney airport will be very similar to airports serving other large population areas. It will have domestic flights, it will have both interstate and intrastate flights, and, if the demand is there, also international flights. And I think that Western Sydney is a large community that needs to have the kind of infrastructure that helps it to grow.

And that means roads and rail but also an airport – an airport that can open up opportunities for Western Sydney people who want to travel to other parts of the world, and in particular make it easy for those who want to do business in the growing industries of Western Sydney to be able to fly closer to their destination.

LOUISE YAXLEY: So you’re not sure yet that it will definitely be an international airport?

WARREN TRUSS: Well, it’ll depend on demand, but it is our intention that it’s being built with the purpose that, if not initially, but eventually it will be an international airport.

LOUISE YAXLEY: How much do you expect that there’s a likelihood for backlash against this from either residents or your own MPs, who are concerned about noise or disruption?

WARREN TRUSS: Well, there are obviously people who live near the airport, some of whom have concerns. There are many less people living near this particular airport site than near many of the other major airports in Australia.

But nonetheless, those people have a right to have their views heard, and be involved in the consultation process, and certainly we intend to work with the local communities, local councils, the New South Wales Government, to make sure that Western Sydney gets the best possible airport built in a way that means that it’s also a good neighbour to its community.

LOUISE YAXLEY: But how realistic is it to say that planes could be flying out of Badgerys Creek by the mid-2020s?

WARREN TRUSS: Well that’s realistic; that gives a considerable period of construction time. That’s the time of construction time that Melbourne and Brisbane are talking about in building their new runways. So I think that that is an achievable date.

We need to firstly negotiate who the builder will be, and then give them the opportunity to get on with the task.

The federal and New South Wales governments will today announce they are spending nearly $3.5 billion on roads to support the construction of Sydney’s second airport.

The money will flow over the next decade and the news has been welcomed by some nervous Federal Liberal MPs in Western Sydney, who hope it will dampen community opposition to the Badgerys Creek project.

Last night many of the MPs had a phone hook-up with senior ministers to hear what an airport at Badgerys Creek in the city’s west might mean for them.

Unsurprisingly, many wanted to know if the airport would run around the clock. Some were worried about public support for the proposal, while others raised concerns about the direction of the runway.

The Liberal member for the western Sydney seat of MacArthur, Russell Matheson, has long fought against the Badgerys Creek project.

He would not talk about the details of the phone call, but says he is now determined to make the best of the current situation and secure as many jobs as he can for his electorate.

“Look my position hasn’t changed in relation to Badgerys Creek. I want to see the concept, design, the airport, the runway alignment, the noise impacts, air quality,” Mr Matheson said.

“At the end of the day I have to be pragmatic about it. The Government has made a decision to go ahead with Badgerys Creek. I’ve got to work out what the best outcomes for my community are.”

Successive state and federal governments have debated the need for, and location of, a second Sydney airport.

Today Mr Matheson will join a handful of western Sydney Liberal MPs, the Prime Minister and the New South Wales Premier for the announcement of a roads package which will support the construction of the Badgerys Creek project.

The package is worth just under $3.5 billion over the next decade, with $1 billion set aside over the budget forward estimates and some work likely to start within a year.

A large chunk of the money will go towards the Elizabeth Drive project, which is the road connecting the M7 Motorway to the Badgerys Creek site.

Two major arterial roads – the Bringelly and Northern Roads – will also be upgraded, and about $200 million will be set aside for work on smaller, local streets.

The Commonwealth will contribute 80 per cent of the public funding.

The NSW Government will make up the difference, but will be left to foot the bill for any rail link.

The Coalition says there may not be enough airport traffic to justify a rail line in the early years of the airport’s operation but Labor’s transport spokesman, Anthony Albanese, says that is rubbish.

“What we need is substantial investment, not just in roads but also in rail,” Mr Albanese said.

What it could mean for Sydney’s west

“[The Government] needs to ensure the south-west rail link is extended through Badgerys Creek.”

An outer ring road for Sydney, called the M9 orbital, will also be looked at over the longer term.

The airport and road projects are expected to create tens of thousands of jobs in the coming decades and have placated some in the Government concerned about the proposal.

“One thing the Prime Minister has done is he’s had an open door policy,” he said.

“He’s engaged all the federal members in the region and I think that’s an appropriate way to go. He’s really tried hard.”

Of course, no amount of money will please everyone.

But senior Ministers insist they have to make difficult decisions in the interests of the national economy.

They are spruiking the economic benefits infrastructure spending can bring, and are hinting other projects around the country are likely to be a feature of the May budget.

More stories on this