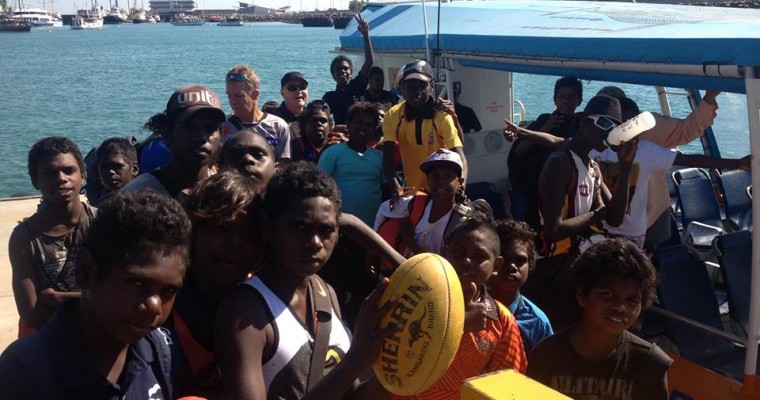 As an indication of the importance of the event, see this report from ABC Darwin regarding the 2013 Tiwi Islands Grand Final.

Barge breakdown ruins a day at the Tiwi Islands footy

FOOTY fans and art lovers who who made the journey by ferry to the famous annual Tiwi Islands Grand Final have been left stuck at sea.

The Sealink NT 12pm service to Bathurst Island – 70km north of Darwin – was pushed back to 2pm due to an earlier service being held up at the Tiwi Islands for an hour and a half.

That meant anyone wanting to travel to see the Tiwi Islands Football Grand Final and Art Sale would miss out, with the late ferry expected to arrive at 4pm.

Sealink NT General Manager Paul Victory said the delay was due to a barge that was not operational at the island and not the fault of Sealink.

He said any customer who did not take the later ferry could contact the company for a refund.

But Mr Victory said the majority of passengers were not visitors from Darwin but locals returning home.

“Most people were travelling one way.”