Schoolies have cleaned up their act and gone online 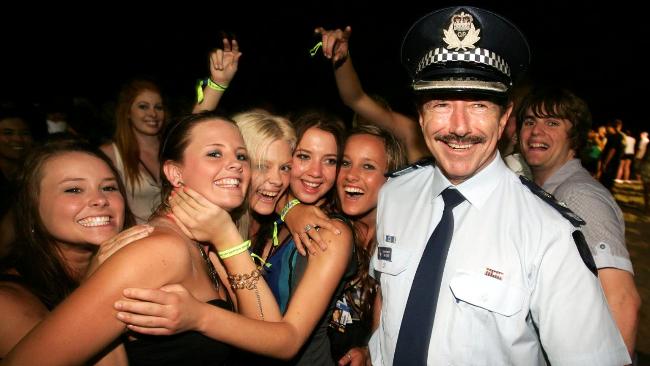 15 years ago, Schoolies on the Gold Coast was a den of iniquity. Now, 1200 volunteers patrol the streets, The Department of Communities runs two music stages for over a week and religious groups help heavy drinkers stay on the right side of consciousness.

A lot of arguments are settled before any student boards a plane, with companies like schoolies.com allowing individuals to pay for group accommodation separately.

Matt Lloyd has been running his Schoolies booking business since 1989 and says that after repeated re-election promises from Peter Beatty, Schoolies on the Gold Coast is a place that he would be happy to send his son. His son will graduate year 12 in 2015.

Lloyd reports an increase in supervised activity and developing attractions as reasons parents are happy to send their kids to Australian schoolies holidays.

‘It’s mostly the beach during the day (for the schoolies) and attractions like Infinity are growing in popularity’, Lloyd says.

Infinity indoor gaming has a laser maze, student discounts and is only two blocks back from Broadbeach.

Warner Bros Movie World, SeaWorld and Wet n’ Wild however offer no discount to schoolies. Lloyd reports that many of his interstate accommodation bookings are interested in going to theme parks.

Similarly,The Tourism Newscouldn’t find any car hire specials that might encourage students to experience the region.

300 extra police have been added to the schoolies beat in recent years, says Lloyd.

Lloyd describes a working relationship with over 100 accommodation suppliers to his website, all of whom hold student safety in high regard.

“We have photo ID on the back of our accommodation tags, and many accommodation providers don’t allow visitor entry after 7pm’, reports Lloyd.

Restricted building access will also come as music to the ears of Schoolies’ parents, particularly the parents of teenage girls.

Another mainstay of the long-running Schoolies tradition are the Red Frogs, a religious group who have been successful with party-goers because they are not forceful with their religious views, but instead comfort sick party-goers and offer their totem red frogs.

The Red Frogs aren’t some cultish group to be feared though – sponsored by Allens Lollies, the Red Frogs have been a kindly push in a non-hellish direction for drunk teens for over 15 years. They are welcomed in schools and universities across Australia with the goal of enabling kids to make good decisions.

When asked by The Tourism News if the Red Frogs are the door-knocking Jehovah’s Witnesses of schoolies, Lloyd said ‘No, no… they just share their Christian values.”

The Red Frogs website says Red Frogs are ‘committed to safeguarding a generation through support and education.’

Whilst there has been a recent increase in schoolies heading overseas, Matt Lloyd says his market has demanded he stay here. The website has 14 destinations, only one of which is overseas.

“Not much goes wrong” says Lloyd, ‘but if something does go wrong, parents much prefer the kind of help you can get in Australia.”