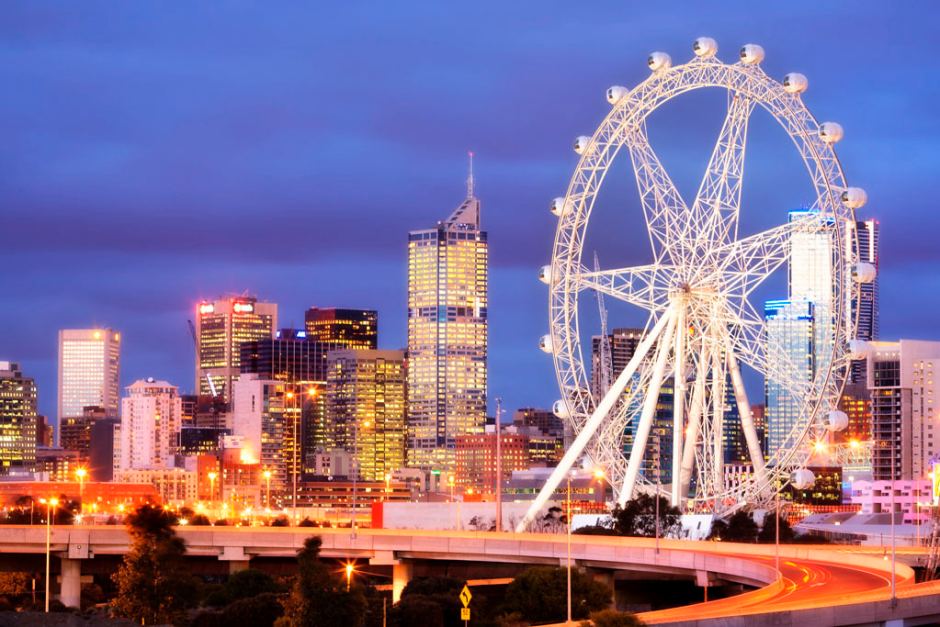 Nearly five years after it was shut, the Melbourne Star Observation Wheel has begun turning again at Docklands.

Victoria’s Deputy Premier Peter Ryan was the first passenger to take to the skies for the 30-minute ride.

Despite the miserable weather Mr Ryan voiced his support for the wheel, even though it has a chequered history.

The wheel first opened in 2008 but was closed after 40 days due to structural defects.

It was dismantled and rebuilt by the Japanese company that first designed it.

The wheel is 120-metres high, which is the equivalent of a 40-storey building.

Chief executive of the Melbourne Star Management Group, Chris Kelly, says it has been a painstaking journey to get it back up and running.

“There are only three of these giant observation wheels currently operating anywhere in the world,” he said.

“This is the only one that has a solid steel spoke design, which makes it much more complex to design and much more complicated to fabricate and construct than a wheel like the London Eye.”