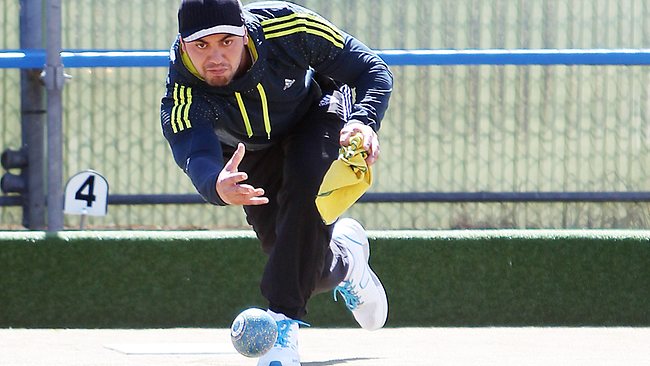 Ascot Park – billed as the Manchester United of the bowling greens – has caused more than a titter over the tea-cups, splashing the cash in an unprecedented bid to reclaim the No. 1 spot in South Australia.

The club will fly in – with all expenses paid – New Zealand’s top-ranked singles player, Shannon McIlroy, for the Premier 1 finals, from April 20-21.

The decision has caused an outpouring of anti-Ascot Park sentiment.

“There is a real sense that Ascot Park is trying to buy a premiership and that’s not what our sport should be about,” said a player from a rival club, who chose not to be identified.

“It’s not just sour grapes that they have money and we don’t.”

The controversy has been fanned because Ascot Park lost maximum points from its first-round clash with Grange in October for fielding an unregistered player.

Ascot Park is fourth on the ladder, with five matches left in the regular season. The top four teams qualify for the finals.

“Shannon’s a registered player and everything’s above board,” he said.

“He actually initiated this idea, he was so keen to come back and play.

“Every other club has the same opportunity to attract players and there are richer clubs around than us.”

McIlroy, 26, played six games for Ascot Park in the lead-up to the world championships in Adelaide from November 24 to December 9,when he reached the semi-finals. Under Bowls SA rules, a player must play a minimum five games in a season to qualify for finals.

Undisclosed player payments have been around in bowls for more than 20 years and peaked in SA three years ago with a pre-season merry-go-round of big-money defections, for five-figure deals, including Kane Coulls and Scott Taylor.

“Clubs have several ways of paying players with the ‘green-keeper’ or ‘captain/coach’ roles the favourite ones,” Coulls said.

“And then there are clubs with wealthy members who might be able to look after you financially in some way.

“Those payments tend to be private so as not to create too many jealousies inside or outside a club but everyone knows it goes on.”

Bowls SA has dismissed suggestions it might have to introduce an AFL-type “salary cap” to curb player payments and is encouraging clubs to entice the best players to come to the state.

“If it’s going to make the SA competition so much stronger, bring it on,” Bowls SA operations manager Rhys Taylor said.