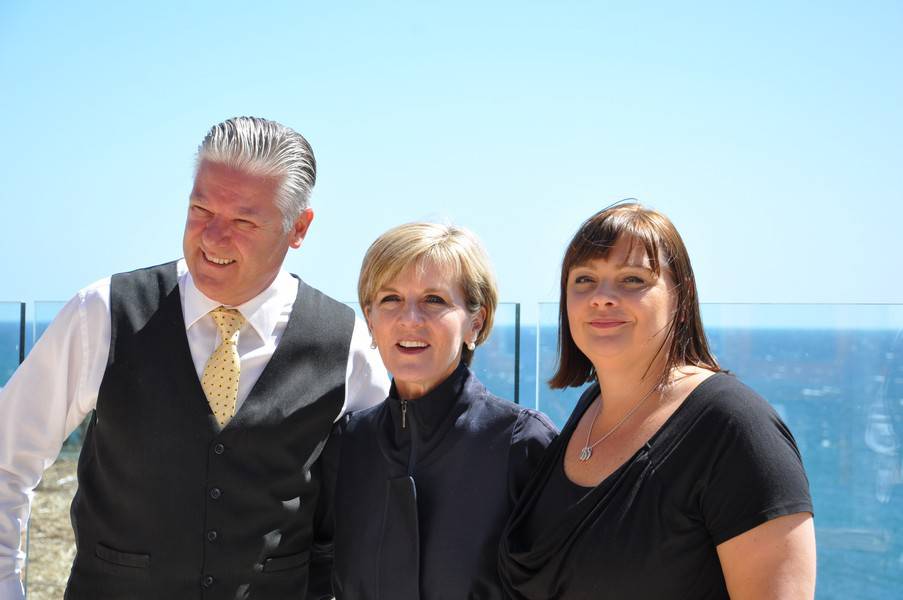 A hotel manager is being prosecuted under Responsible Service of Alcohol legislation after a drunk patron that the manager had served drove home and fatally crashed.

A former South Australian hotel duty manager, who has pleaded guilty to breaking liquor licensing laws, has denied drinking wine behind the bar on the night of a drunk patron’s death.

Anthony David Read, aged in his 50s, died in June 2013 when his ute slammed into a tree.

He was drunk and on his way home from the Penneshaw Hotel on Kangaroo Island.

The hotel’s duty manager, Richard Mark Purvis, and the company previously pleaded guilty to serving Mr Read when the man was drunk and are awaiting sentencing.

Staff told the Christies Beach Magistrates Court they saw Purvis drinking white wine at work on the night of the crash.

The court heard it was not illegal to drink alcohol behind the bar, but it would make Purvis’ offending more serious.

But Purvis said it was only soda and cordial.

“Drinking and eating behind the bar is a big no no,” he said.

He said that for several months after the death of his daughter he did drink liquor on the job, but had stopped by the night of the crash.

“I got to a point that I’ve really got to do something about this,” he said.

He said he told staff: “I’ve got a drinking problem, you’ve got to help me.”

“I said if you ever see anything like that [alcohol], throw it away or tell my wife.”

Purvis said when he did drink at work it was only a few sips.

He denied suggestions from the prosecutor that he drank up to two bottles of wine during a shift.

“It wasn’t a glass full of anything like that,” he said.

“I wouldn’t have been able to function.”

Purvis said he kept a cleaning solution for the beer lines in a glass in the cold room and it looked like white wine.

Purvis would ‘drink in cold room’ and get ‘chummy with customers’

She said Purvis would drink white wine whenever he was at work.

PHOTO: Richard Purvis (left) has denied claims he was drinking wine behind the bar on the night of Anthony Read’s death.(ABC News)

“He’d drink behind the bar and eventually he started drinking in the cold room,” she said.

She said he would then get “a lot more chummier with customers”.

“Sometimes he would dance behind the bar.”

She said when she questioned him about it “he said that he had control of it”.

Police prosecutor Chris Brannan suggested Purvis had pressured a staff member to lie and say he was not drinking behind the bar, a claim Purvis denied.

Purvis no longer works in the bar, but has a job as a bottle shop manager.

The magistrate previously said the outcome of the case would set a precedent.

Last year, the Crown Inn hotel at Kingston and two of its staff were fined for supplying alcohol to a drunk footballer who was later found dead.

The case returns to court next month to hear further evidence.