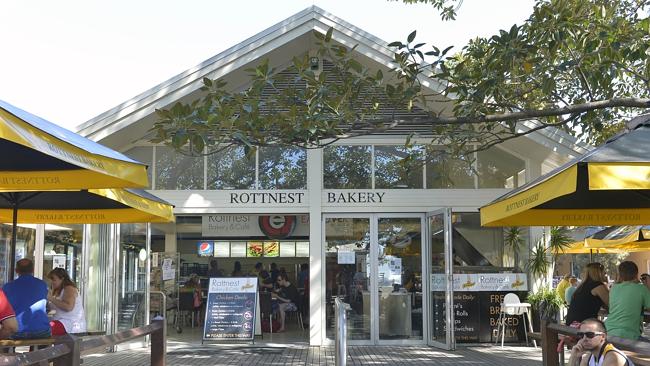 TTN: A Rottnest Island WA bakery operator is indignant over a $100k fine he received from WA’s Health Department.

Owner/ operator Ivan Rutherford is blaming the prevalence of quokka populations in the area for part of his fine – but the quokka problem is literally just the half of it.

The infringements stated by the Government of Western Australia department of health actually include:

Non compliance with Standard 3.2.2:
Clause 6 (1) (a) – store food in such a way that it is protected from the likelihood of contamination (blamed on quokka population)
Clause 19 (1) – cleanliness of food premises
Clause 19 (2) – cleanliness of fixtures, fittings and equipment
Clause 24 (1) (b) – take all practicable measures to prevent pests entering the food premises (blamed on quokka population)

THE Rottnest Island Bakery has been slapped with a $100,000 food hygiene fine – a penalty the owner is blaming on quokka droppings.

A magistrate this week whacked the bakery with the six-figure fine, one of WA’s biggest penalties for food hygiene offenc­es.

The 73-year-old stressed no quokkas had reached the production or retail areas of the bake­ry.

The Rottnest Island Authority has since spent $300,000 redeveloping the lane and a gate has been erected to keep the marsupials out of a new delivery area.

The Rottnest Bakery has recently been fined for hygiene breaches, which the owner blames on quokka droppings.

Mr Rutherford, who has owned the bakery for 24 years, described the $100,000 fine as “ludicrous” and said it had “devastated” staff.

“You will never overcome quokka excrement,” he told The Sunday Times yesterday.

“What can you do? You can only coax them to get out of the way – you can’t physically touch them.”

Mr Rutherford said stopping the creatures from scavenging was a constant battle and he’d even suggested relocating them to the island’s west end. Droppings on the western side of the Rottnest Bakery.

“There is a resistance for them to be removed,” he said.

Abellio Pty Ltd, Mr Rutherford’s company, was fined $100,000 and ordered to pay $896.60 in costs at Fremantle Magistrates Court on Wednesday.

The bakery was found to have breached the WA Food Act by failing to take all practicable measures to prevent pests entering the premises.

Other offences comprised storing of food in a way that it is protected from the likelihood of contamination and cleanliness of premises and equipment.

Mr Rutherford said inspectors found a pot of meat without a lid, flour on a rack and a hole in the roof caused by a storm the previous week.

He said the business received a certificate of clearance after complying with recommendations, only to be fined eight months later.

Rottnest Bakery is one of 25 eateries named on the Health Department website for food safety offences over the past 12 months.

McDonald’s on Read St, Rockingham, was hit with WA’s biggest food hygiene penalty when it was ordered to pay $180,000 in September 2012.

Rottnest Island Authority (RIA) chief executive Paolo Amaranti said: “The RIA is very concerned and will continue to work with the Health Department to ensure compliance with health regulations by all Island businesses.”

It comes as the island is desperate to increase visitor numbers as more West Australians opt to travel to destinations like Bali instead.