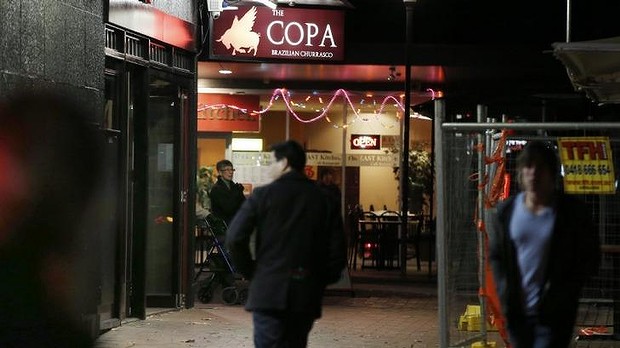 Owners of the former Copa Brazilian restaurant have been charged with criminal offences over the largest salmonella outbreak in Canberra’s history last year.

More than 160 people were left with food poisoning in May last year when the Dickson venue served up a potato salad with a bad raw egg mayonnaise.

Many diners who ate at the newly-opened all-you-can-eat Brazilian barbecue were left with salmonella poisoning, and the Canberra Hospital’s emergency department reportedly had one of its busiest days on record.

Some victims are understood to still be suffering long-term health problems.

A major ACT Health investigation found an egg supplier in Victoria to be responsible for the bad eggs.

The restaurant, which had only recently opened before the incident, issued an apology to those affected and removed all products containing raw egg from its menu to ensure the poisoning was not repeated.

It closed voluntarily, before reopening under the close watch of ACT Health authorities.

But the restaurant eventually closed its doors and left Dickson in June this year.

A criminal case has now been launched against Copa’s owners, listed on court papers as Zeffirelli Pizza Restaurant Pty Ltd.

Two charges have been laid for selling unsafe food likely to cause physical harm.

Under ACT food safety law, those who either knowingly or negligently sell unsafe food can face criminal prosecution.

The criminal charges come after the majority of the food poisoning victims settled civil claims against the restaurant.

Copa has paid out an estimated $1 million, including costs, to many of those struck down by salmonella.

The civil case was thought to be the largest of its kind in ACT history.

Aulich Law principal Ben Aulich said 73 of his clients had since settled out of court.

It is understood the two outstanding clients have suffered long-term and ongoing issues as a result of the poisoning.

“We are pleased to have finalised so many matters,” Mr Aulich said.

“Whilst the terms of settlement are confidential we can say that our clients are very pleased with the outcome.”

Other victims – including those represented by firms Slater and Gordon, Bradley Allen Love, and Maliganis Edward Johnston – are also thought to have settled.

The criminal proceedings against the restaurant are still in their early stages.

The case appeared in the ACT Magistrates Court late last month for mention, and is due back on October 14.

Greek restaurant Plaka has since moved into the old Copa site and remains open for business. It is not linked to the Copa Brazilian restaurant.

AN EGG farm has been restricted in selling its eggs until it improves its hygiene after being linked to salmonella outbreaks that have caused more than 200 Victorians to become ill.

The Green Eggs farm in Great Western has had its sales to supermarkets, farmers markets, restaurants and cafes restricted by the Department of Primary Industries until it improves its food safety.

Measures demanding the farm wash all of its eggs for sale and improve hygiene in laying sheds come after a Department of Health investigation linked eggs from the farm to a recent salmonella outbreak at Torquay’s Bottle of Milk restaurant, which resulted in dozens of people attending hospital emergency departments and 220 becoming ill.

In recent days a handful of salmonella cases have also emerged among diners at St Kilda’s Newmarket Hotel, which had also sourced eggs from the Green Eggs farm.

Victorian chief health officer Rosemary Lester said other salmonella cases not linked to the two restaurants had also emerged and were being investigated.

While tests on eggs from Green Eggs are still being undertaken to confirm if it is the source of the outbreaks, Dr Lester today issued a public health warning and named the business to prevent more people becoming ill.

She urged anyone with Green Eggs eggs not to consume them in any foods requiring raw eggs, such as mayonnaise, aioli, eggnog and tiramisu.

“Green Eggs are marketed in distinctive packaging, and people who have bought the product from their supermarket in recent weeks and still have their eggs in their fridge should only use them for cooked dished and foods,” she said.