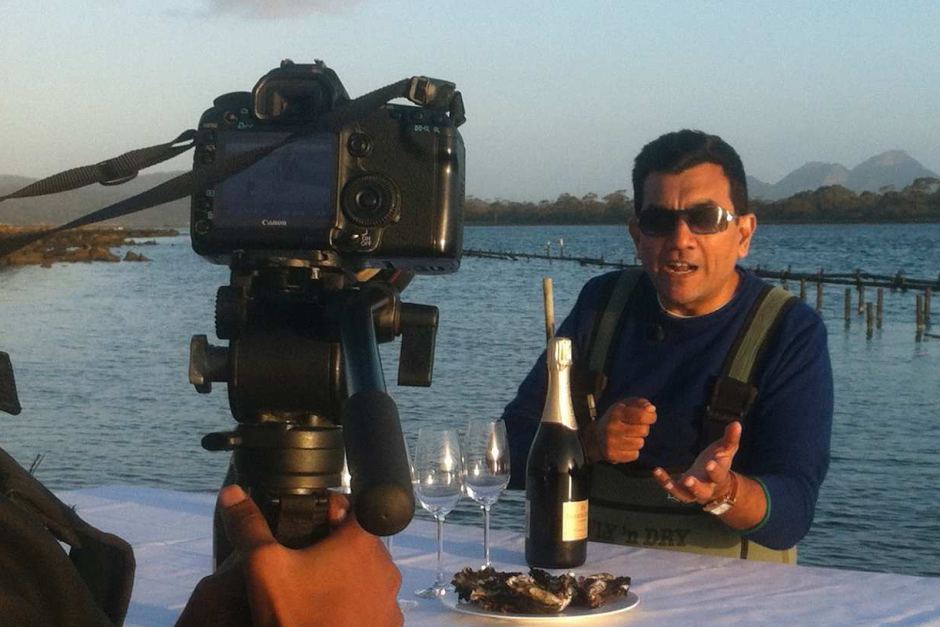 Tourism Australia’s Restaurant Australia promotion, a $40m campaign designed to persuade international food critics and writers of the quality of Australian food, has been labelled ‘misguided’ by a top critic. Indian ‘Master Chef’ Sanjeev Kapoor said the campaign’s focus should be on signature dishes unique to Australia rather than any multiculturalism.

A multi-million-dollar campaign to lure international tourists to Australia based on food and wine is not very smart and could be a lost opportunity, according to a celebrity chef brought in to promote it.

Indian television star Sanjeev Kapoor, who has an audience in the hundreds of millions, was recruited by Tourism Australia to travel to Australia and be an “influencer” in the final part of the five-year, $40 million Restaurant Australia campaign.

He tasted fresh oysters on the east coast of Tasmania, sampled seafood on a wilderness cruise and was one of the main guests at a gala dinner at Hobart’s MONA art gallery.

The lavish dinner was prepared by three of Australia’s best chefs – Neil Perry, Peter Gilmore and Ben Shewry – and featured everything from red kangaroo to tea-soaked curry and West Australian marron.

The Restaurant Australia campaign showcases the diversity of Australia’s gourmet multicultural food and wine offerings to an international audience, after research found it was not rated highly.

But Mr Kapoor, a judge on India’s MasterChef, said the complex message was misguided.

“To be very honest I thought that it’s probably not very smart,” he told the ABC’s 7.30 program.

“This probably is a time when you can start creating things which you call your own, things which for the next 20 to 50 years you say, ‘This is Australian.’

“Here you are losing a chance and you’re spending so much money and you say that nothing is ours.”

Instead, Mr Kapoor believed Tourism Australia should pick a few key dishes or cooking styles and make them household names.

“Australia should look at either a style of cooking, maybe pick up a few Aboriginal dishes, start promoting them [and] start creating tradition,” he said.

“In mature markets you look at [them and] you say, ‘Do I go to India because you get Chinese food? No.’

“You focus on the variety of Indian food that you get there.”

But UK food critic AA Gill, who is infamous for his bluntness and was also selected by Tourism Australia as another “influencer”, rubbished the criticism.

“I think that’s bollocks,” he said.

“I just think you should be really confident. You have a very, very good story here.”

He said he believed Australia was one of the top three foodie destinations in the world.

“Australian ideas about how food should be grown, produced, made – the ethics of food, what you do with composting or waste – all of those things are really new to the rest of the world and are being done a lot here,” he said.

“This campaign will be evaluated as we do with all of our campaigns,” he said.

“It’s great to hear that sort of commentary coming back in but what we tried to do with this first attempt with Restaurant Australia is really showcase the depth and breadth of what the Australian food and wine is.”

Tourism Australia believes the Restaurant Australia campaign will help boost the spending of international visitors on food and wine by more than $1 billion by the end of next year.