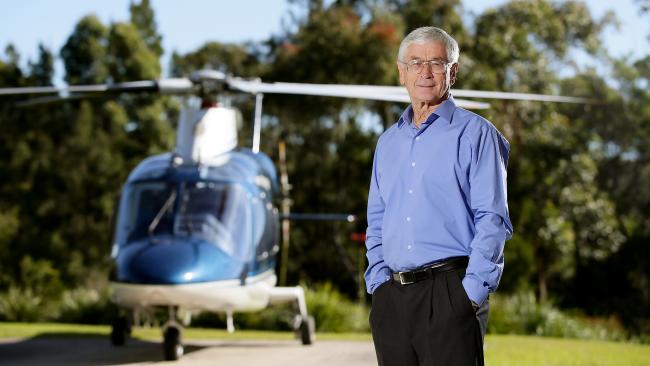 Smith told ABC radio on 26th July 2016 that private jets and helicopters struggling to access regional airports was the bane of regional tourism.

A tourism academic in the Hunter Valley has publicly supported the comments from Dick Smith.

Professor Kevin Lyons, lecturer in tourism at the University of Newcastle (NSW) said that access to regional airports is crucial to tourism in areas like the Hunter.

Prof Lyons said that if red tape to regional airports was cut, and routes such as Brisbane to Hunter Valley were to take only an hour, the industry would be transformed.

Below is the transcript of Dick Smith’s aviation comments as reported by ABC local radio on NSW South Coast.

Newsreader: “Australian entrepreneur and aviator Dick Smith said regional Australian airlines will cease to exist without a complete overhaul of the aviation industry.

“The former chairman of the government’s Civil Aviation Safety Authority says it’s not feasible for smaller operators to meet some of the changes the body has made to safety requirements for aircraft and airports. He says the body is out of touch with the needs of the industry.

Smith: “We basically have to completely destroy the industry before there’s any hope of it being turned around, a bit like an alcoholic that has to get to the very bottom.

“There’s no understanding that they are unintentionally destroying this wonderful aviation industry, that’s needed for country Australia more than anywhere else. ‘

Newsreader: Budget carrier Sprint Airlines that flies between Merimbula and Melbourne says Dick Smith is overly pessimistic. Sprint operates 19-seater commuter aircraft and says passengers expect the same safety standards as those imposed on major airlines. The managing director of Sprint Roman Badov says the industry is always facing new standards set by the regulator, but he says it’s the passengers that ultimately foot the bill.

Badov: “Obviously the cost of safety for operators will need to be recouped by higher fares, and this has been ongoing in the industry since the aviation industry has existed.

“I think the general public is understanding of this. In order for operators to comply with ongoing safety demands fares need to be increased.”