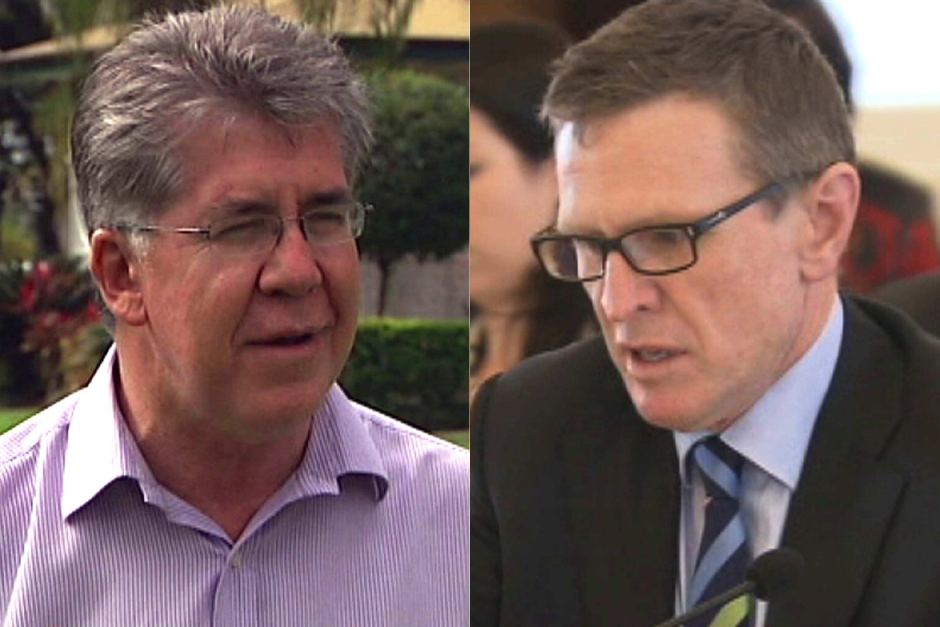 The board of the agency charged with protecting the Great Barrier Reef has failed to adopt its own experts’ recommendation that it ban port developments which threaten the reef.

Two of the five board members have links to members of the Obeid family and are coming under scrutiny from environmentalists, who allege a conflict of interest because of their links to resource companies.

Both men helped set the Great Barrier Reef Marine Park Authority’s position on ports at a number of board meetings.

According to documents obtained under freedom of information laws, the GBRMPA board met in Gladstone in March last year and considered a crucial document that would set its position on the development of ports to service Queensland’s mining boom.

A debate is currently raging about the pace of port developments in the World Heritage area, with Federal Environment Minister Greg Hunt to decide in December whether to allow a port development at Abbot Point that would see 3 million cubic metres of mud dredged and dumped.

At its March 2012 meeting, the authority considered a draft recommendation that it take a tough line:

“The authority will not support port activities or developments in locations that have the potential to degrade inshore biodiversity.”

The board decided not to accept that position, and at a meeting in Townsville on September 5, 2012, the board asked this line be changed to:

“In making decisions regarding port development, the potential impacts on inshore biodiversity should be a key consideration.”

The document still has not been released.

Greenpeace reef campaigner Louise Mathieson says this and other changes to the authority’s draft port position statement are unacceptable.

“We’re really concerned that at the board level, there does seem to be some pressure to find compromises to allow development to go ahead, and to basically give more weight to the interests of the coal and gas industry,” she said.

“So they’re not necessarily following the best scientific advice that they’re getting from their staff.”

In a statement, the GBRMPA says the changes were necessary and still deliver protection.

“The board asked for the change to the initial words as a matter of clarification because, if taken literally, they would mean opposition to any activity whatsoever, no matter how insignificant the impact might be,” it said.

Mr Grayson, the director-general of Queensland’s Department of the Premier and Cabinet, and Mr Mooney are being scrutinised by environmentalists.

ASIC records show that in May a company called Gasfields Water and Waste Services Pty Ltd was set up with Mr Grayson, who represents the Government on the GBRMPA board, a one-sixth shareholder.

Photo: Jon Grayson represents the Queensland Government on the board. (ABC 7.30)

Until August, Eddie Obeid Jr, the son of former Labor minister Eddie Obeid who is at the centre of corruption claims in NSW, was also a one-sixth shareholder.

Greenpeace says the company stands to profit from the growth of the gas industry.

“The gas industry, in order to expand, wants to have massive new developments particularly in Gladstone, so we think that there are questions about whether Mr Grayson would benefit from the expansion of gas ports in Gladstone,” Ms

The company does not appear to be operational, and the Queensland Premier’s office issued a statement denying there was a conflict of interest.

“The Queensland Government rejects any suggestion Mr Grayson has a conflict of interest,” it said.

“Following his appointment, and in accordance with the Queensland Integrity Commissioner’s advice, Mr Grayson ceased to have any management involvement in active companies.

“His retention of passive interests is in accordance with the commissioner’s advice and poses no real or potential conflict of interest.”

Mr Mooney, meanwhile, was Labor mayor of Townsville for 19 years and unsuccessfully ran for the ALP in the 2010 federal election.

He was appointed to the GBRMPA board by the Gillard government in 2011.

Today, his day job is as a mining executive at Guildford Coal, where he is paid about $250,000 a year to manage stakeholder relations.

In 2011 Guildford Coal announced the memorandum to the Australian Stock Exchange, calling it an “important milestone”.

“Tony Mooney gets paid up to $250,000 a year to manage stakeholders for a coal company,” Ms Mathieson said.

“I’m sure it’s a lot easier to manage a stakeholder like the Marine Park Authority if you sit directly on the board.”

Mr Mooney says there is no conflict of interest and says none of the company’s six proposed coal projects in Queensland are operational.

A spokesman for Environment Minister Greg Hunt says the appointments were made under the former Labor government and that the Minister has ordered an immediate probity inquiry.

“If these allegations are true, those board members should step down immediately,” she said.

“Management of the reef must be free from mining interests, and members of the board should put the future of this World Heritage icon before their own self-interest and the profits of big miners.

“I will be asking questions of GBRMPA in Senate Estimates about how conflicts of interest are prevented, disclosed and managed, and what steps will be taken to ensure that the public can have confidence in the board in future.”