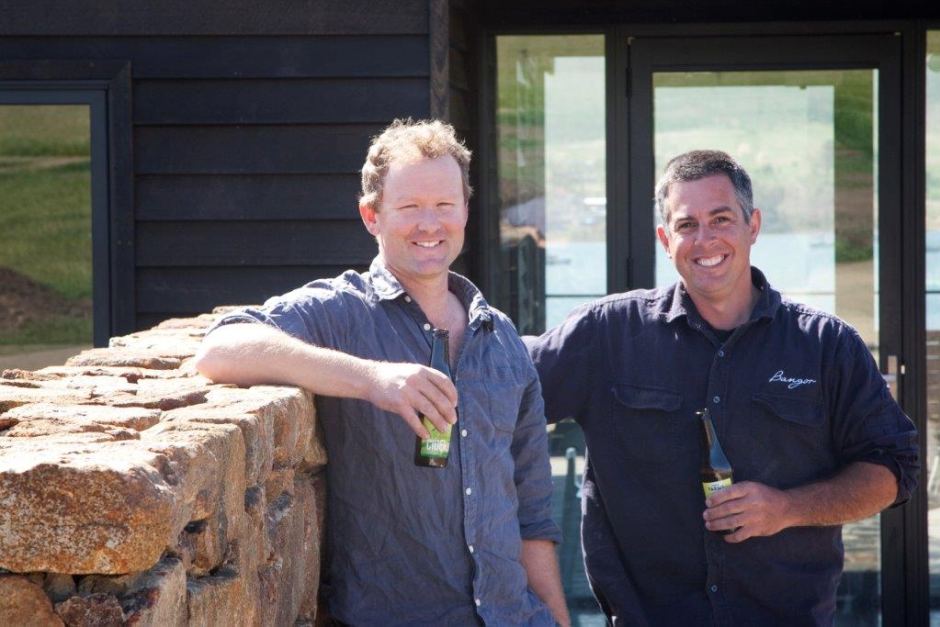 Dunalley wants us all to get on board

From the Hobart Mercury, 3rd January 2015 TWO years on from devastating bushfires, the Dunalley community has kicked off a campaign to put the southeast Tasmanian town firmly back on the tourist map.

Destination Dunalley co-ordinator Claire Burnet said the area was keen to become a place to visit in its own right rather than a stop on the way to Port Arthur.

Ms Burnet, a former Dunalley resident, said the community wanted to say “thanks Australia, look what we have been able to do’’ since the 2013 bushfires.

She said it was symbolic of a desire within the community to focus on the future.

“Locals have really come together,” Ms Burnet said. “They have come through the tough times and the ups and downs after the fire and now they are all really focused on the future.’’

Events celebrating the rebirth of the community will kick off on the Australia Day long weekend of January 24-26.

The Dunalley Hotel will provide free camping and toilet facilities for the weekend to encourage people to stay.

Buildings rebuilt with donated funds will be opened up to the public, with co-operation from the Sorell and Tasman councils.

The school has a commercial kitchen that can be used by the community and will be used for cooking demonstrations.

“The new Dunalley Hall, which has just been finished but not had an official opening, will be available for viewing and we hope to run some music there,’’ Ms Burnet said.

The newly opened Bangor Wine and Oyster Shed will showcase its wares during the weekend and the award-winning Dunalley Waterfront Cafe will be open, also offering entertainment.

Ms Burnet, the operator of a new Hobart-based public relations firm, said the weekend would dovetail with several other events in the state’s southeast.

“There is the Out of the Ashes photographic and art and craft exhibition at ­Nubeena and the Taste of the Tasman on January 24,’’ she said.

Former Mayor Carmel Torenius will launch a Food and Art Trail map to guide people off the beaten track to hidden gems.

Tomorrow marks two years since coastal communities were decimated during one of Tasmania’s most catastrophic bushfires.

A total of 431 properties were damaged or destroyed across the state, including the loss of 203 homes. Hardest hit by the Forcett fire was Dunalley and surrounding areas such as Murdunna, Boomer Bay and Connellys Marsh.

Residents of the Derwent Valley and East Coast were affected by fires that began at Lake Repulse and Bicheno, with a statewide damage bill of more than $100 million.

The bushfires that swept through Dunalley and the Tasman Peninsular two years ago threatened to ruin many lives, but they also inspired some personal and business success.

In Dunalley, in Tasmania’s south east, more than 100 homes were destroyed by the fire and nine businesses were severely damaged.

But from the ashes a new partnership was borne.

A total of $200,000 in State and Federal Government grants helped sheep farmers Matt and Vanessa Dunbabin and oyster farmers Tom and Alice Gray set up a new wine and oyster bar.

Their new direction is a world away from the trauma of January 2013, when both families lost farm machinery, sheds fences and livestock.

“There was before the fires, and after the fires everything was different, and that has led us towards starting this new business which is so exciting for the future… it’s a whole new direction for us and I can’t wait for it to begin,” said Alice Gray.

It was something they never dreamed could happen after the fires wiped out their shore base.

Ms Schwanke said they had lost their factory, equipment and living quarters.

“It was very traumatic to start with,” she said.

“We were in a state of shock for quite some time, but I guess with the way the community rallied around us, the way the volunteers came and helped us, that was amazing.

“The people that just came out and just said, ‘What can we do’.”

Remarkably, they were packing for market two weeks after the fires, using their neighbour’s factory and borrowed equipment.

Nearly two years on they have a new shed, new equipment and a new living area, and the business is looking better than ever.

“It’s been our best year this year, even with what we’ve been through,” said Jane Schwanke.

“Fortunately, we’ve been able to pick ourselves up and just get going again.”

Producers loss made them ‘determined to grow and create’

After the bushfires the town lost its main employers, the local timber mill and an onshore abalone farm.

It was a sobering time for potato growers Susie and Gerard Daly, and a turning point for their gourmet potato business.

“In one way the fire made us take stock and look at what we were doing, and it made me a bit more determined to try to grow, to create employment,” said Susie Daly.

The Dalys watched helplessly as the fire stormed through their potato crops, a new state-of-the-art processing factory and their home.

“I actually thought at one stage there that we were dead,” Ms Daly said.

“It was spotting out in the paddock… we sort of had enough time to get around the boundaries of the farm to stop it.”

Since the fires, the Dalys have picked up a major supermarket contract for washed potatoes, employed more staff and lifted production.

Having recruited local sheep farmers to plant potatoes on virgin ground, Ms Daly said they now had 166 hectares under cultivation across the east coast of Tasmania.

“It’s just great to see people happy on the farm with good secure jobs,” she said.

Livestock suffered in ‘the cruellest way’

Merino sheep farmer Jason Thornbury thought about giving it all up after the fires.

He had spent January 4 in 50 degree heat trying to save his prize-winning merino flock.

It was another three days before he was allowed back to the Dunalley property.

He said it was a dreadful sight.

“I didn’t care about the fences or anything like that,” he said.

“You could see that it was probably the cruellest way to be suffering.”

PHOTO: Jason Thornbury with some of his prize winning merino sheep on his Dunalley property.

He hand fed his depleted flock for the next six months.

Without fences his 4,000 sheep were roaming the property, some of them getting mixed up with those on the neighbouring farm.

“We thought about pulling up stumps because we’re paying to lease the property, so you’ve got to pay a good lease, you’ve got to run a certain amount of stock and when you lose so many and the stress of it all,” he said.

“But now that’s all gone and we’re really pushing forward to try and get our numbers back up to six or seven thousand,” Mr Thornbury said.

It was a tough time for many of the farmers affected by Tasmania’s worst fires in 45 years.

Like this small group of primary producers, most have held on and looking forward to a new brighter future.