Queensland recovers from its Summer of Disasters 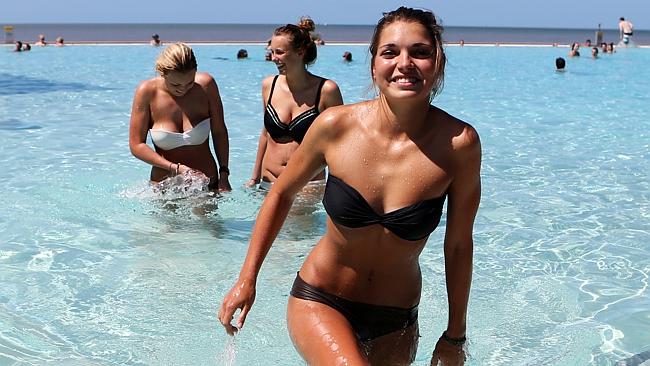 From News Ltd.
QUEENSLAND is leading Australia’s tourism revival, outgrowing its southern rivals in the race to rake in the international visitor dollar.

The sunshine state has recorded its first major tourism rebound since the GFC, with Tropical North Queensland re-emerging as a tourist mecca after years in the doldrums.

Queensland as a whole recorded a six per cent spike in international visitors and international tourists stayed longer in the Sunshine State than in NSW or Victoria, with an average visit of two weeks.

One in five tourists to Australia now visit the tropical north, making it the nation’s fastest growing international tourism destination.

The people visiting tropical north Queensland also spend the most per night of all Queensland destinations – about $138.

Queensland Tourism Industry Council chief Daniel Gschwind said the statewide six per cent growth in spending by international visitors marked one the biggest upswings in the tourist trade since the devastating GFC and the 2011-12 Summer of Disasters.

“Tropical North Queensland and the south-east corner bookends what is a very positive future for growth in Queensland’s tourism industry,” said Mr Gschwind.

TNQ, out of seven key international markets, snared 22 per cent of all overseas visitors to Australia and 46 per cent of those to the Sunshine State, the report said.

That was up 17 per cent on the previous year with 644,000 visitors in the year to June – more than visited the Gold Coast.

Brisbane was next fastest growing destination, with a 14 per cent spike in visitors, followed by the Whitsundays with an 11 per cent increase.

International visitor growth was driven by the Chinese love affair with Queensland, and the improving financial situation in Europe saw more British, German and French tourists visit the state.

“Cairns is not the biggest city, but it is a cute city. It is the sheer, breathtaking beauty of the reef and rainforest that made it a must-do destination.”

Ms Rinn and her fellow holidaymakers Anna Ebsen, 19, and Mona Wiessner, 19, also of Germany, chose to fly direct to Cairns as their first stop on an eight-month trip Down Under.

“This part of Australia has such a great reputation it made sense to fly here first and go north to south,” Ms Wiessner said.

Tourism Queensland chairman Stephen Gregg said Cairns had made a stunning comeback after years of a slump.

It was buoyed by more direct seasonal flights to China, Japan and New Zealand while domestic aviation seat capacity was up six per cent to more than two million seats, he said.

Mr Gschwind said it was obvious the tropical tourist mecca surrounded by World Heritage reef and rainforest had “its mojo back”.

“Cairns is above all others as the best performing destination,” he said.

“It is not just an aberration, it is a sign the destination has pulled out all stops to work with local operators and the aviation sector.

“It is not the end. We are on a journey. But all the hard work since the devastation of the floods and cyclone is finally paying off.”