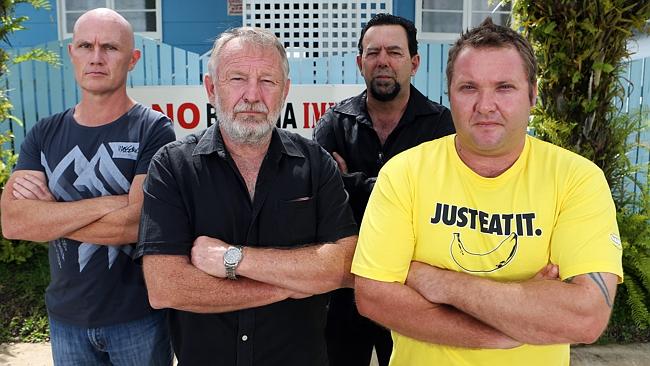 Hostel from hell: Cramped, filthy, vermin infested and the owner got away with a $550 fine

FOR $170 a week, backpackers have been renting cramped space in a run-down share house where they live in filthy conditions and tolerate cockroaches and insects.

Tenants are forced to obey strict curfews and cop fines if they are late for work.

But this is not a Third World prison camp – this is actually a hostel in Innisfail that has appalled the Cassowary Coast budget accommodation industry.

The share house accommodates up to 15 people and was able to earn its operator, who cannot be named for legal reasons, about $2550 a week in rent.

Photographs obtained by The Weekend Post show several single mattresses stuffed into the one room, a thin mattress on a bare concrete floor in another and damaged walls and mouldy drawers.

These pictures sparked an investigation into the hostel and an inspection revealed 15 people living in three rooms, a camper trailer without wheels under the house and smoke alarms without batteries. SCENE OF SQUALOR: The well-known building sits near the main northern entrance to Innisfail opposite some banana-packing sheds and near a rail line.

The owner received a $550 fine for running the hostel without a permit.

A leasing agreement given to a backpacker who stayed at the property shows the operator provides tenants with work on nearby farms but receives their wages on their behalf.

They must text their landlord the hours they have worked at the end of each week before their money is given to them.

The boarding/work lease states that tenants face a raft of charges for breaching house rules, including $50 for not going to work “without previous notice”, $30 for missing the bus to the farm or paying $10 for working weekends.

A $340 deposit is required but forfeited if the stay is less than six months, yet all tenants are told they must be ready to vacate the property with only 24 hours’ notice at the operator’s instructions.

All who stay at the hostel liaise with someone titled the “master of the house”.

When The Weekend Post visited the property this week, the operator refused to comment and threatened to report the journalist, who had yet to ask a question, to the police. SCENE OF SQUALOR: The well-known building sits near the main northern entrance to Innisfail opposite some banana-packing sheds and near a rail line.

When granting a permit, Cassowary Coast Regional Council imposes its own conditions on shared-facility accommodation, requiring, among other things, premises are kept in a clean and sanitary condition and in a good state of repair. 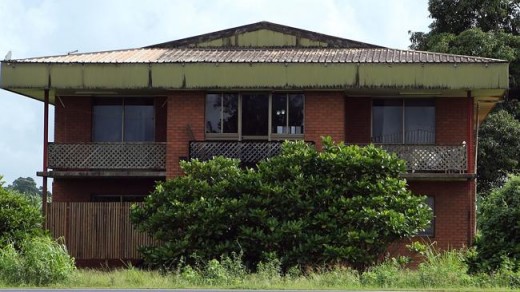 PHOTO: The Innisfail hostel being investigated.