QTIC has a role in Newman’s Queensland Plan 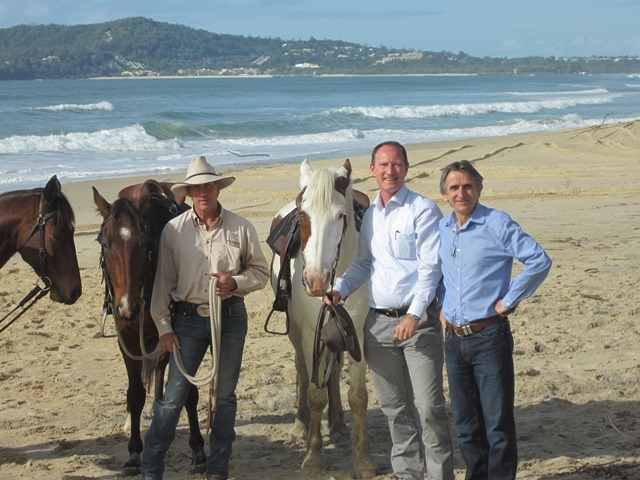 TTN: The Tourism News does not generally publish media releases. This release is exceptional because it is relatively apolitical, and the proposed Queensland Plan addresses over-centralised economies, the marginalising effect of which is the bane of regional tourism across Australia

Queensland Tourism Industry Council (QTIC), the state’s peak industry body for tourism, believes Queensland will become one of Australia’s most desirable states in which to live, if The Queensland Plan can be successfully implemented.

QTIC Chief Executive Daniel Gschwind is one of 15 members of The Queensland Plan Ambassadors Council representing a range of Queensland sectors and regions to ensure the community-led vision remains the people’s plan.

The Queensland Plan Ambassadors Council is charged with the roles of:

On behalf of QTIC and the tourism industry, Mr Gschwind will represent the tourism sector on the Ambassadors Council to work with stakeholders and government, oversee the plan’s implementation and encourage community participation.

Mr Gschwind said he encourages all Queenslanders to embrace The Queensland Plan.

“It’s up to Queensland’s communities to live up to the dreams and aspirations outlined in The Queensland Plan,” Mr Gschwind said.

“If Queensland can achieve the 30-year vision outlined within the plan, our state will certainly be an exceptional place in which to live, grow and prosper.”

Mr Gschwind said he is privileged to bring a tourism perspective to The Queensland Plan Ambassadors Council.

“QTIC is the peak industry body for tourism in Queensland and as Queensland’s voice of tourism, it’s our responsibility to focus on the issues that matter to Queensland’s tourism and hospitality industry,” he said.

“My position on the Ambassadors Council provides another opportunity for tourism to be recognised for its critical role in each of the foundation areas that form the basis of The Queensland Plan.

“Tourism touches practically every other industry and area of commerce throughout the state. Importantly, tourism contributes $21 billion in expenditure to the economy and employs 235,000 people.”

Mr Gschwind said Queenslanders should remember The Queensland Plan is the people’s plan, not the Government’s plan.

“It’s important to remember this is the state’s roadmap for growth and prosperity,” he said.

“The Queensland Plan is an innovative concept. It’s the plan against which every government’s performance will be measured during the next 30 years.

“The foundation areas within the plan are based on feedback and ideas from Queenslanders. This is not just another government strategy.”

Mr Gschwind said one of The Queensland Plan‘s highly ambitious targets is to balance world-class management of natural assets with economic growth.

“My role on the Ambassadors Council will be to work with industry to discover how tourism can be a major agent in achieving this balance,” he said.

“I’ll be calling on tourism businesses, Regional Tourism Organisations and the community to come together and evaluate how tourism can help communities outside the southeast to grow and prosper.

“QTIC – as the voice of Queensland’s tourism industry – will encourage participation from Regional Tourism Organisations and our members to support all aspects of regional and rural tourism development.

“Queensland’s regions are diverse and far-reaching, yet the role of statewide community collaboration will be critical for The Queensland Plan to be realised.”

The Queensland Plan offers many challenges to government with targets such as doubling the population of regions outside South East Queensland while other goals would require new thinking by all levels of government.

QTIC is a private sector, membership-based organisation representing the interests of the tourism and hospitality industry across Queensland.