QLD LNP push casino ahead, like it or lump it 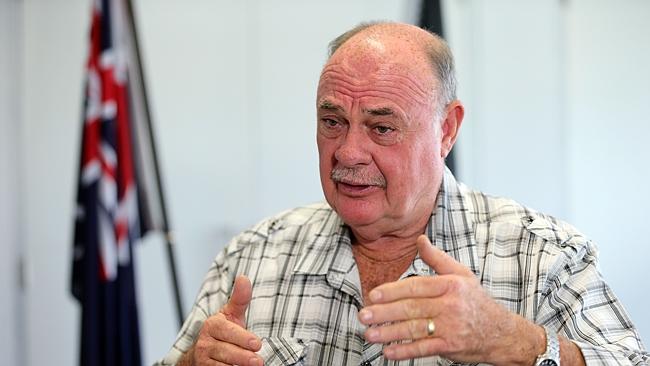 TTN: The below story recounts QLD LNP MP Warren Entsch telling someone he is ‘sure there is someone behind Aquis if it doesn’t work’. Because the event was a Master Builders Christmas function, that crowd would be particularly keen to know about any other potential contracts for a FNQ casino, but TTN expects Entsch was referring to the liklihood of another casino operator being interested just in the licence and the political motions that has brought the casino deal toward Cairns.

MYSTERY surrounds an investor waiting in the wings to take over if the Aquis $8.15 billion integrated resort proposal fails.

Federal MP Warren Entsch will not reveal who it is, while an Aquis spokesman reiterated that Hong Kong billionaire Tony Fung remained committed to the project.

Member for Leichhardt Mr Entsch stunned a Masters Builders Christmas function by revealing there was someone else as a “back-up” to Aquis.

“I told the function that we don’t want to get too downhearted (about the progress of Aquis) as I’m sure there is someone behind Aquis if it doesn’t work,” he said.

Mr Entsch said he still hoped Aquis would be built by the Fungs.

He said he backed moves by state MPs Gavin King and Michael Trout to have the gaming licence earmarked for Aquis reserved for the Cairns region so it was not moved to another area of the state.

Deputy Premier Jeff Seeney has yet to make a decision on quarantining the licence for Cairns.

“I was surprised, he just came out with it, but would not elaborate,” he said.

Aquis developers Tony and Justin Fung axed a plan to buy the Reef casino after a probity deadline could not be met.

Instead, they are buying the Canberra Casino with plans to use it as the vehicle to float Aquis on the Hong Kong stock exchange in 2016 to raise funds to build the project at Yorkeys Knob.

An Aquis spokesman said Mr Fung “continues to fully support the Aquis project” as well as the Canberra Casino.

“Both of these initiatives are essential to the long-term plan for Aquis,” he said.

Other recent stories from the Cairns Post on the subject of Aquis;

FUNG THREATENS TO WALK AWAY FROM AQUIS