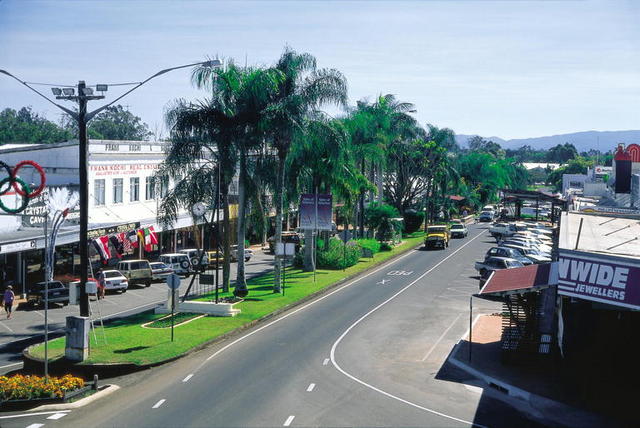 Tablelands Regional Council in North Queensland (encompassing Atherton) have been caught out waiting until disaster struck to manage the safety of its main street’s iconic palms. 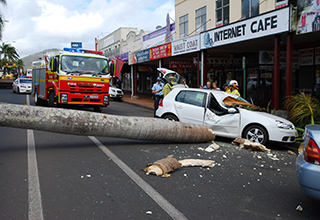 TABLELANDS Regional Council has ordered the “immediate removal” of any “potentially dangerous” trees in the CBD.

The move comes after a royal palm tree fell from the Main Street median strip on Tuesday, crushing a parked vehicle that was occupied moments prior.

While strong winds and a rotten trunk have been suggested as possible causes for the accident, council was hesitant to draw any conclusions at this stage.

“The incident is still under investigation and it is inappropriate to comment about the event itself,” Mayor Rosa Lee Long told the Tablelander.

Council voted at its meeting on Thursday to authorise “the immediate removal of palm trees from the Atherton Business Centre, which have been identified as potentially dangerous”.

Eva Royan, who was working at The Waistcoat at the time of the accident, said she was surprised no one was injured in the incident.

“I heard this loud crash so I raced outside no knowing what to expect and saw that the palm tree on the car,” she said.

“There was another car driving along the street that had just stopped (in front of the tree) and there were people coming out of all the shops. It was chaotic.”

The owner of the 2008 VW Golf, Stefanie, was returning to her car to get something when the tree fell.

“It was only a short time – a matter of seconds,” she said

“The car was crushed right on the driver’s side. I would not be standing here if I was in it.”

Ms Royan said blustering winds on Tuesday forced her to pack up a clothes rack normally kept outside the shop.

“Everything was blowing around that day,” she said.

“I had to return a sign to one of the shops up the street because it blew down here.”

Ms Royan said it was fortunate the CBD was usually quite at the time of the accident – shortly before 10am – perhaps due to the unseasonably cool, windy conditions.

Council has also vowed to institute a regular tree inspection program under the guidance of an expert, to prevent tree falls in the future.