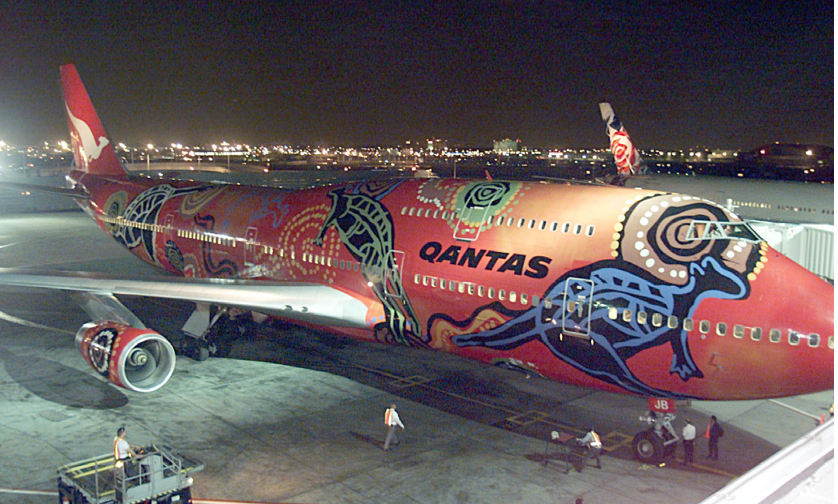 In a letter obtained by Nine Network’s Financial Review Sunday, Mr Joyce describes Virgin as a “newly minted ­sovereign-owned airline” and says it has “the ability to do great harm to not only Qantas but severely disrupt Australia’s critical national infrastructure and aviation policy”.

Virgin last year split its domestic and international operations, which has allowed for four foreign investors to control 73 per cent of the listed company but to keep its international business majority Australian-owned with a separate board to comply with the Air Navigation Act.

The board of Virgin’s international operation is chaired by HSBC Australia and Stockland chairman Graham ­Bradley, and Business Council of Australia president Tony Shepherd and former Labor minister Lindsay Tanner are also directors.Qantas argues the two Virgin operations are linked through service and loan agreements.

Qantas is not allowed to complete a similar structure due to the Qantas Sale Act.

But it is unclear whether revoking ­Virgin’s international flying rights would have a material effect on boosting ­Qantas’s ailing domestic and international businesses.

A Virgin Australia spokeswoman said the group was “in compliance of the Air Navigation Act”.

In revenue terms, Virgin’s international business is only one-fifth the size of Qantas International. With the exception of Boeing 777s used on flights to the United States and Abu Dhabi, if Virgin halted its international operations the remainder of its planes could be put into the domestic market, where Qantas is already complaining of overcapacity.

“The primary motive will be to ­damage Qantas in its domestic market so that it will be unable to support its ­international network,” Mr Joyce said of the goals of Virgin’s shareholders. But if Virgin was forced to abandon the international market, the partner airlines might decide to boost their own capacity to ­Australia in a move that could further damage Qantas.

Mr Joyce is attacking Virgin on several fronts as the federal government considers Qantas’s plea following a bruising, 18-month battle with Virgin Australia over the domestic market. Options for the federal government include purchasing a stake in the national carrier, participating in a share placement, providing a debt guarantee or the extension of a debt facility. Qantas is seeking a solution as urgently as possible ahead of the release of its half-year results in February.

John Sevior, the founder of boutique investment group Airlie Funds Management, told Financial Review Sunday he did not think the government should use taxpayers’ money to prop up the airline, pointing out that as a stand-alone listed entity with a capital structure, Qantas had shareholders who could fund a capital raising.

Prime Minister Tony Abbott on Saturday said a number of proposals were being publicly debated and he wanted to see how it played out in a careful manner.

“The government doesn’t have to make a decision today or tomorrow or next week on this,” he told reporters.

A credit downgrade could have ­damaging implications for Qantas, which currently has a rating of BBB minus – the lowest investment grade rating. Qantas’s efforts to maintain 65 per cent market share domestically has put its rating at risk.

Qantas spent the past 18 months matching Virgin’s capacity and assuming in doing so it would send its smaller rival into a dire financial position. But now that Air NZ, Singapore and Etihad have put up funding, it is possible Virgin could outlast Qantas in this battle.

Qantas is expected to report a loss when it unveils interim results in February. Morgan Stanley has slashed its estimate to a $504 million underlying loss before tax from its previous forecast of a $73 million loss. Macquarie Equities is expecting a $440 million loss before tax.