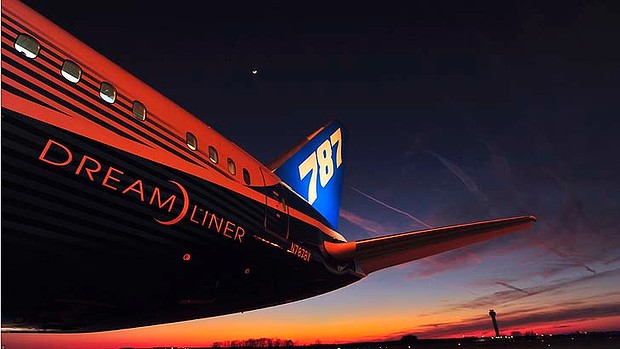 Qantas has revealed the extent of the pain from the battle for passengers in the domestic market, with both its premium and low-cost flying operations suffering declines in first-half earnings.

But compensation from US plane-maker Boeing for its 787 Dreamliner aircraft has helped the Australian airline to more than double its net profit to $111 million for the first half.

Qantas’s domestic operations posted a 34 per cent fall in pre-tax earnings to $218 million in the half, reflecting the battle for lucrative corporate customers with Virgin Australia.

Jetstar also reported a 13 per cent drop in pre-tax earnings to $128 million, which it blamed on the stiff competition in the domestic market and start-up costs associated with offshoots in Japan and Hong Kong.

The domestic operations are the core of the group’s earnings.

Qantas has not given earnings guidance for the second half because of volatile conditions.

The airline also confirmed that it will upgrade its fleet of Airbus A330 aircraft from 2014 as part of efforts to improve its Asian network and counter Virgin Australia’s advances in the domestic market.

The airline today reported a net profit of $111 million net profit for the six months to December, compared with $42 million in prior period.

Using its preferred measure, Qantas posted a 10 per cent rise in underlying profit before tax of $223 million, at the top end of its previous earnings guidance.

It included $125 million in cash from Boeing for cancelling firm orders for 35 of the long-delayed 787 Dreamliner planes. Revenue rose 2 per cent to $8.2 billion.

Qantas emphasised that all of its operations including Jetstar were profitable apart from its premium international division. But it highlighted the fact that the losses of Qantas International had been reduced by 65 per cent to $91 million in the first half.

Qantas indicated that it expects excess capacity in the domestic market to return to more sustainable levels in the medium term.

Both it and Jetstar plan to boost capacity in the domestic market by 5 to 7 per cent in the second half.

The Qantas chief executive, Alan Joyce, said the reconfiguration of the wide-body A330 planes on domestic routes would help the airline ‘‘leap frog anything the competitors are doing’’.

‘‘We have seen the competitor change the strategy multiple times, and we have successfully introduced our two-brand strategy no matter what the competitor has done,’’ he said.

‘‘Virgin has given up the low-cost end of the market and gone to the premium end. The performance of Tiger clearly shows that Jetstar is significantly out-performing Tiger at the leisure end.’’

The battle between the country’s four largest airlines has led to heavy discounting of fares during the half. Virgin will reveal the extent of its financial pain from the battle in domestic skies next Tuesday.

The airlines typically make most of their earnings in the first half.

Mr Joyce also said Qantas was in constant talks with Boeing about the Dreamliner, but had not had any formal notice from the manufacturer about any further delays to the delivery of the 787 planes.

Jetstar is due to take delivery of the airline group’s first 14 787-8 Dreamliners in August. Qantas decided last month to cancel a firm order for one of the Dreamliners.

‘‘Our top priority, as is Boeing and the regulator’s priority, is to make sure we get that aircraft back into the air safely,’’ he said.

‘‘We haven’t had any formal notice from Boeing that there is going to be any change to our delivery scheuled. But we are planning contingencues if that schedule is pushed out.’’

Last month regulators grounded the Dreamliners because of a potential risk of fire from their batteries.

The drastic step followed an emergency landing of an All Nippon Airways plane in Japan, caused by a malfunctioning battery, just a week after a battery fire in a Japan Airlines 787 in Boston.