Qantas board: a bunch of energy magnates 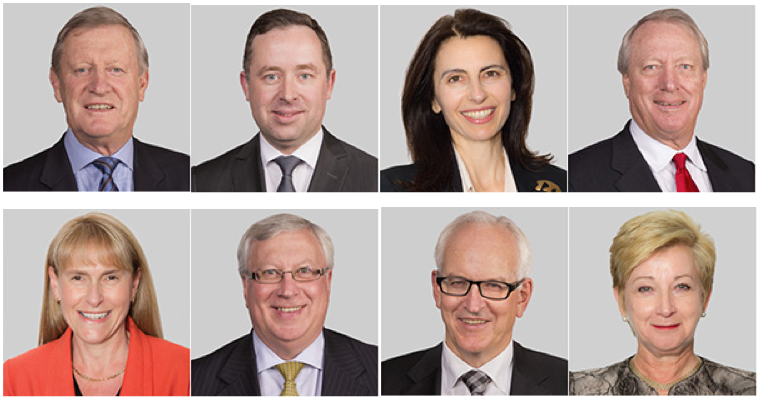 The Qantas ‘director fee pool’ is between $2.5m and $2.75m annually. So what is the Australian taxpayer, and consumer, getting for their buck?

This Tourism News piece profiles the histories of board that has managed to keep their jobs through one of the most notable tailspins in Australian corporate history.

Most interesting are the board members’ conspicuous energy interests. Qantas has frequently cited fuel costs as a major factor in its losses.

Qantas’ description of its directors can be found here, but a more details, including blemishes, can be found below.

Clifford was well-known as a union buster in the mining industry as CEO of Rio Tinto from 2000-2007. According to research done by Adele Ferguson and Matt O’Sullivan of the Sydney Morning Herald, Clifford hired Joyce for his ‘Jetstar or Bust’ attitude. Unfortunately Jetstar has been a failure on many accounts, including the loss of millions of dollars per day whilst Jetstar Hong Kong waits on bureacratic approvals – approvals that would usually be obtained prior to any major investment.

If Leigh Clifford were to agree to the sacking of Alan Joyce, Clifford would be admitting a huge tactical error in Joyce’s original appointment. Clifford is not going to do that.

Leigh Clifford was appointed to the Qantas Board in August 2007 and as Chairman in November 2007.

Clifford is also Chairman of the Murdoch Childrens Research Institute. As Chairman of any ‘Murdoch’ board, it is unsurprising that no media campaign has called for Clifford’s head.

(According to this ABC Fact Check on The Conversation, ‘Murdoch’ papers count for 59% of daily newspaper circulation in Australia.)

As a member of Qantas’ Remuneration and Audit committees, Maxine Brenner has only been on the board since August 2013, so her contribution to escalating problems is negligible.

A Qantas board member since 2008 (when Alan Joyce was first appointed) Mr Goodmanson is a Director of Rio Tinto plc and Rio Tinto Limited.

According to Forbes.com, Goodmanson was an “economic adviser to the governor of Guangdong Province, China from 2003 to 2009.” That is a considerable conflict of interest when the Qantas Group’s biggest blunders have been their expensive attempts to move into Asia, especially China.

This New York Times archive gives no details in which the America West Airlines were fined between $2.5m & $5m by American aviation regulator FAA for ‘violations of maintenance and operations requirements’ in 1998, whilst Goodmanson was President & CEO. From the story: “the company said it had reached an agreement with the F.A.A.” in the spirit of partnership’. The story also mentions that a previous fine given out by the FAA of $9m only collected $1m in the end.

Like Maxine Brenner, Jacqueline Hey was only appointed to the Qantas board in August 2013 so not too much fault can be attributed to her.

She is however a Director of SBS, so don’t expect any huge investigations into Qantas failures from SBS anytime soon.

Appointed to the Qantas board in 2005, Garry Hounsell is the Chairman of Investec Global Aircraft Fund. Safe to say his interests are in the global growth of aviation and not specifically in Qantas being strong in the market.

Hounsell is also on the board of Treasury Wine Estates.

Hounsell was a partner at Ernst & Young, one of the world’s best-known accounting firms. His energy industry interests include a directorship at Orica, a corporate giant and supplier of mining industry products like explosives.

As a board member since 2005, Garry Hounsell would understand better than most Qantas’ financial position, and the airline’s competitiveness in the aviation market.

He was also the Managing Director and Chief Commercial Officer of Swiss International Airlines and Executive Vice President of South African Airways responsible for sales, alliances and network management. Appointed to the Qantas board in February 2012, Meaney has had the expertise and time to make amendments to the company’s structure before the announcement of 5000 job losses in February 2014.

Along with fellow Qantas-board member Garry Hounsell, Paul Rayner is also on the board of Treasury Wine Estates.

His energy interests include being a director of Centrica, one of Britain’s biggest gas suppliers.

Rayner’s Qantas profile also lists experience at Elders, which has been a significantly over-diversified Australian agribusiness, but it is unclear what positions Rayner held there.

Before she became a Qantas board director in June 2008, Ms Ward was on the board of Rail Infrastructure Corporation, Delta Electricity, Ausgrid, Endeavour Energy and Essential Energy. She was also Chairman of Country Energy and NorthPower.