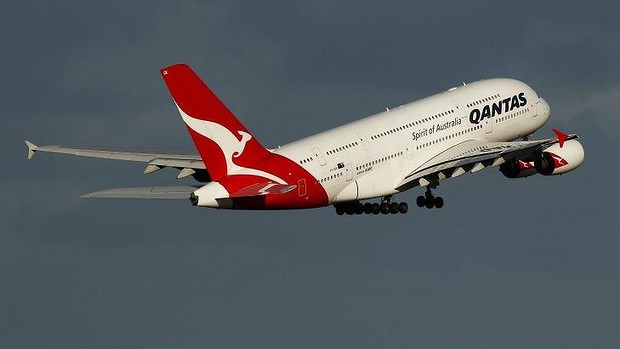 Qantas cancels A380 flights due to weak demand

Qantas has cancelled five return A380 superjumbo flights over the next two months between its new overseas hub in Dubai and London because of weak seasonal demand.

The cancellations come less than two weeks after Qantas revealed that pre-tax losses from its international division widened to almost half a billion dollars last financial year, from $246 million in the red previously.

Fares for flights to Europe remain at historical lows in real terms due to stiff competition between airlines.

As part of the latest changes, Qantas will reduce the number of return flights between Dubai and London’s Heathrow Airport from two to one on October 14 and 17, and on November 12, 15, and 20.

Passengers on the cancelled flights will be put on Qantas’ other A380 service or an Emirates flight.

Qantas also cancelled three return superjumbo flights between Dubai and London in May, citing a slowdown in demand during the northern winter.

The airline has emphasised that it will increase and reduce capacity on routes where it makes sense, pointing to a recent boost to flights between Melbourne and the US.

“Like all airlines, Qantas adjusts its schedule to reflect seasonal demand. This simply means increasing during peak times and decreasing during quieter periods because it makes commercial sense,” a spokesman said.

Qantas began flying via Dubai to Europe – instead of via Singapore – in March last year when it launched its extensive alliance with Emirates.

Qantas chief executive Alan Joyce said at its results briefing late last month that the Emirates alliance was “absolutely fantastic” but declined to disclose financial figures on its performance.

When Qantas’ alliance with Emirates was announced in 2012, analysts had estimated that the value to the Australian airline of the code-share deal at as much as $90 million a year in pre-tax earnings.

The latest government statistics show Qantas filled 84 per cent of seats on its A380 flights to London via Dubai in June, which was down slightly on the same month a year earlier.

The data does not reveal what the airline is charging for seats.

Competition on routes between Australia and Europe has been intense.

Richard Branson’s Virgin Atlantic stopped flying to Sydney in May, leaving British Airways as the only European airline to still fly to Australia. Virgin Atlantic decided to pull the pin on flights to Australia after months of losses, and little prospect of a recovery on the horizon.

Shares in Qantas have rallied 19 per cent since the annual result last month after Mr Joyce declared the airline was over the worst and forecast a return to pre-tax profitability in the first half of this financial year. They closed unchanged at $1.54 on Monday.

Qantas blamed the larger annual losses from its international operations on fuel prices and a near 10 per cent growth in capacity on routes to Australia by other airlines over the last year.

It has declined to say when it expects its premium international division to turn a profit, after previously targeting a return to the black by the 2014-15 financial year.

Emirates said it did not have any plans to alter its flying schedule between Australia and Dubai.