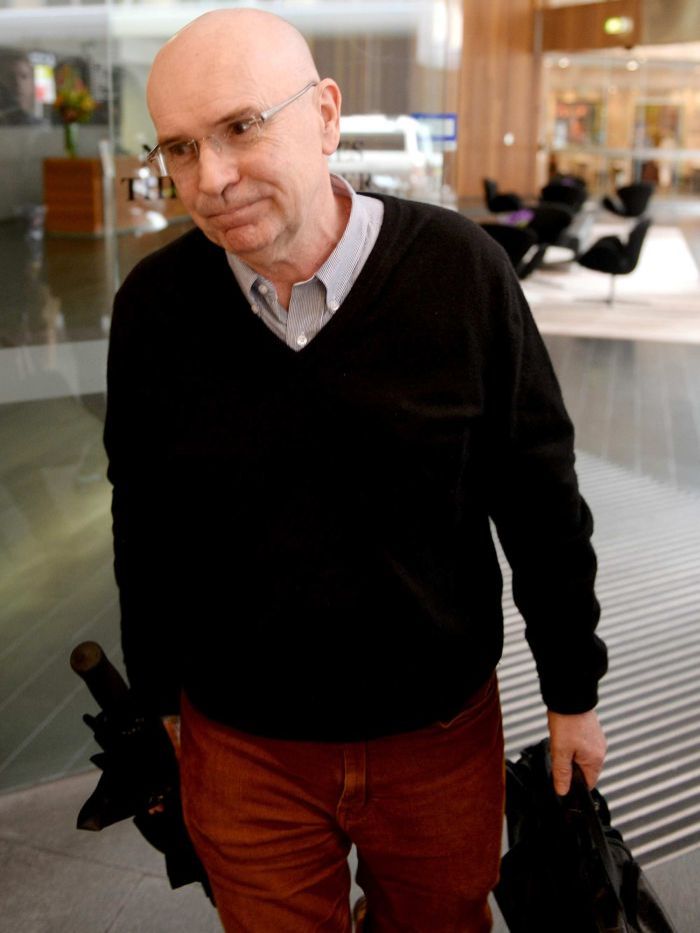 PHOTO: Robert Osborne, as photographed by Dean Lewins for AAP.

A hotel proprietor has been asked to explain to the Independent Commission Against Corruption (ICAC) why an alleged Liberal Party slush fund sought payment for work it had not done.

The ICAC inquiry heard that Robert Osborne, who owns the Patonga Beach Hotel, made a $7,000 donation to the company Eightbyfive in the lead-up to the 2011 election.

Eightbyfive was set up by a staffer of former New South Wales energy minister Chris Hartcher.

The company is one of a number of alleged slush funds being investigated by the ICAC inquiry into allegations that Mr Hartcher and other two other Central Coast Liberal MPs solicited, accepted and concealed illegal donations in return for political favours.

Mr Osborne told the inquiry he thought the payment to Eightbyfive was for work on a website for his pub at Patonga, at the mouth of the Hawkesbury River.

However, he was unable to explain why he had made the payment in January 2011 despite evidence that no work had been done on the website until at least 10 months later.

The inquiry also heard evidence that Mr Osborne had committed to giving a $15,000 donation, based on “project delivery”.

Mr Osborne again said that he thought the project in question was the website for his pub.

He rejected suggestions that the project referred to the rezoning of land he had an interest in at Ettalong, on the NSW Central Coast.

“If you are not telling the truth to us you can go to jail,” Mr Watson said.

He then put to Mr Osborne that he was trying to buy access to politicians and manipulate planning decisions.

“You were paying Eightbyfive as a means of purchasing Mr Hatcher’s assistance,” Mr Watson said to Mr Osborne.

Speaking to reporters outside the inquiry, Mr Osborne said he had been wrongly accused by Mr Watson and treated unfairly by ICAC.

Osborne: “You’ve got someone trying to come up with theories really.
Reporter: “There was a bit of evidence though wasn’t there of these transactions?”
Osborne: “No not really. I mean that was the point, there’s contradictory evidence that contradicts what he was trying to draw.”
Reporter: “So do you think you were unfairly dealt with in there?”
Osborne: “Yes, very much so.”

Also giving evidence today was Liberal MLC Charlie Lynn, who said the allegations being aired at the inquiry were tragic for the Liberal Party.

The ICAC has heard that Mr Lynn was allegedly used as a pawn in a freedom of information (FOI) request to benefit a client of a Liberal Party slush fund.

Mr Lynn told the hearing he did not question why his letterhead was used by a staffer of Mr Hartcher to lodge an FOI seeking information about Sydney Water.

He assumed it was to “share around” the $30 FOI application fee.

The ICAC previously heard the FOI request was seeking information that could benefit Australian Water Holdings, one of the companies that was making payments to Eightbyfive.

When asked by Mr Watson whether he was friends with Mr Hartcher, Mr Lynn replied: “There are no friends in politics, you know that.”

Mr Lynn said he was a member of the same right faction of the Liberal Party as Mr Hartcher, which he referred to as the “IKEA faction” because “you just join it together when you want something done”.

“Does it come with Allen keys?” the ICAC Commissioner Megan Latham replied.

The Upper House MP spoke to the media as he was leaving the hearing and said he was used, adding there was an urgent need to clean up the Liberal Party.

“I’ve warned about this a couple of years ago,” he said.

“The links to developers, the lobbyists on state executive, the peddlers of influence, the snake oil spivs who inhabit the party.

“And until they get rid of them, clean it out… it needs to happen to the Liberal Party now because they’ve actually fractured their integrity and that’s going to take a long time to heal.”