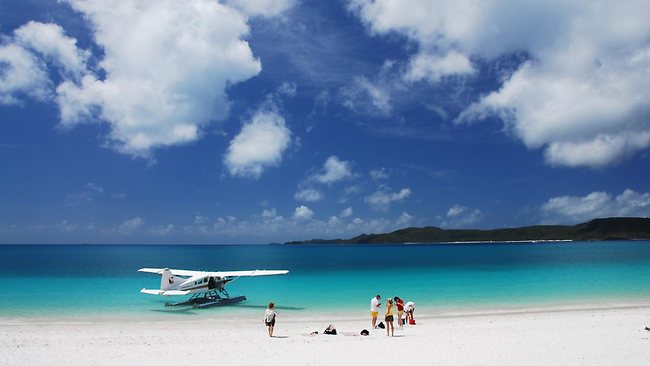 AUSTRALIA’S beachside holiday spots are struggling in the wake of the strong Australian dollar, with hotels and resorts languishing half-empty outside peak season.

Latest research has found one-time coastal favourites have fallen behind capital cities, wine regions and mining hotspots when it comes to occupancy rates and the price of accommodation.

Hotel occupancy rates at beach holiday destinations are just 49 per cent compared to capital cities, where the occupancy rate is nearly 78 per cent thanks mostly to business travellers.

Average room rates are $147 in beach destinations compared to $172 in capital cities, $154 in mining areas and $148 in wine regions, according to the TTF-Hostplus National Accommodation Barometer for the June quarter.

The National Visitor Survey released yesterday (Wednesday) also showed a fall in domestic overnight trips of two per cent in the September quarter, mostly attributed to a drop in business travel.

Tourism and Transport Forum CEO John Lee said beach destinations have been hit by the strong dollar, cheap international airfares and competition from Asia and the Pacific islands.

“Australians are seeing a once in a lifetime opportunity to grow wings and go overseas,” he said.

“Most Australians get 20 days annual leave each year and we’re seeing a trend of Aussies taking up to ten days for an overseas holiday and they might break up the other ten days into two or three short break vacations.”

While some places, such as the Gold Coast and The Whitsundays, were showing signs of bouncing back thanks to good weather recently many others were suffering.

“Being only half full makes it very challenging for many tourism operators,” Mr Lee said.

“Many are praying that the dollar will come back to 85 or 90 cents because it makes it more affordable, especially for international visitors.”

Accommodation Association of Australia CEO Richard Munro said while Australians were heading to places such as Bali and Thailand for beach holidays, often when they got there they found the beaches weren’t as nice as those in Australia.

“The majority of Australians believe our beaches are better but they have had to go overseas to work that out,” he said.

It is the first time information about capital and major cities has been collated alongside data for destinations offering a comparable experience, or reliant on a certain type of visitor.

Whitsundays Tourism spokeswoman Danielle Seymour said the region had taken a long time to recover from the global financial crisis and negative publicity about cyclone Yasi, but there were signs of improvement in the domestic market.

“We’re pretty reliant on Europe and the UK and those are the two regions that have seen the biggest decrease for Queensland and Australia overall,” she said.

“If we can’t increase the overall numbers coming to Australia we have to improve market share and regain the youth market, which has always been strong in Airlie Beach, and that’s a focus for us next year.