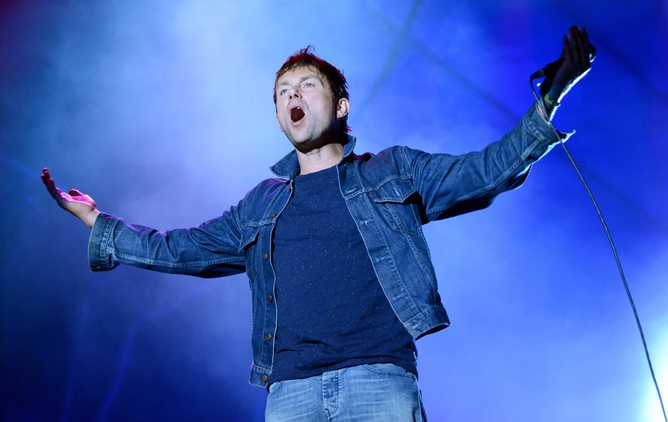 It’s no secret that the music festival scene in Australia has recently hit some troubled waters. Harvest festival has been cancelled this year, unpaid performers are still chasing the organisers of the failed Peats Ridge festival and Britpop superstars Blur recently pulled out of the Big Day Out, saying festival organisers “have let us down”.

What factors are driving this upheaval, and why do some festivals survive where others fail?

Music festivals range from one-day events to even month-long events and the festival economy is like a fresh-food economy. Demand for an event the day after it has taken place is worthless. Rain, floods and competing blockbusters can destroy a festival, even if it has thrived for years. Contingency plans are needed to ensure all those risks are mitigated.

Reserve funds accumulated over years is one of the best strategies, and that’s why the most vulnerable festivals are often the recently formed ones.

Merely calling yourself “sustainable”, like the ill-fated Peats Ridge Festival, is not enough. It’s fine to work with volunteers and semi-professional artists, but it’s essential that a sustainability program does not involve the non-payment of professional artists or suppliers.

As we know, harvests can differ from year to year and the aptly named Harvest Festival had such a bad year for ticket sales in 2013 the event was cancelled.

Financially, a festival needs to collect money up-front to underwrite the risk, so there needs to be pressure for punters to buy early. The release and pricing of tickets is sensitive. If a line-up is not so attractive, or a high profile act has already booked in advance for another large festival, demand can fall away very quickly.

This has a knock-on effect. If members of the public sense they need not commit until later, they will hold off. If this happens a couple of times, the festival’s financial plan can be severely wounded. There is a tipping point after which people don’t commit easily, leading to a confidence drop.

There has also been a glut of new festivals in the market, crowding the space. The amount of disposable income people set aside for entertainment remains more or less fixed but is now spread more thinly across a greater number of events. Additionally, this market crowding comes at a time when a small event, such as a bad weather forecast, can discourage the punters from going at all.

There has also been a move to only allow mid- and low-strength drinks at festival bars and to reduce the number of mixed-age events. Cutting out the younger audience means the festival-going habit is not ingrained so early, and other entertainment sources may take priority.

Those over 18 now “pre-load” on alcohol by drinking before arriving, thus spending less at the festival bar. That, in turn, leads to a hike in the ticket price to offset the drop in income for the festival organisers.

Costs have rocketed in other areas too. Policing and security prices rise yearly with little evidence of there being any breakdown in law and order.

And one person’s music is another person’s noise. In Perth, the metal and rock-themed Soundwave festival faced a 10pm curfew after a single resident complained about noise.

Equally, one festival organiser’s bad news may be another’s good news. Queensland’s Woodford Folk Festival director Bill Hauritz said in a interview with me recently that they are “on a path of growth in excess of 10% this year”, adding that:

The global financial crisis cleared out some festivals. Add to that rain and floods, and it literally was a perfect storm. Some festivals were too new. Like young trees, they need to be established. Festivals are very difficult to do. You need a ten-year apprenticeship. What a festival needs is a strong supporter-base of loyal patrons. Thousands of people come at the same time and they all want something different. Try having a party for 100 people. Then multiply that by 1,000.

He said many festival organisers underestimate the task:

A lot of people think it’s easy. Woodford builds a town the size of Nambour –- the 57th largest in Australia – for one week of the year.

The Woodford Folk Festival works because it is a great big social event, where friends, family, sideshow entertainers and the festival’s community “vibe” are as important as the music acts.

So these festival organisers are not living in such fear of the big acts pulling out, as has happened with Blur and the 2014 Big Day Out.

The festivals economy is fragile, and is often the canary in the coalmine for broader economic woes. Festivals take the temperature of people’s spending power and, when times are tough, the entertainment dollar is the the first to retreat.

But the seasoned festivals will weather such storms; and, in many cases, despite the problems, will be around for years to come.