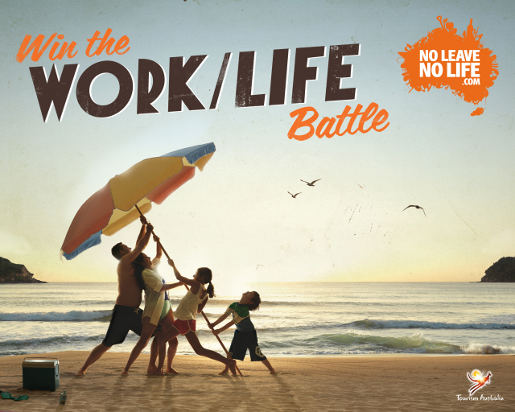 Between 2009 and 2013, an extra 6000 Australians per day depart our shores for short term holidays, highlighting Australian tourism operators’ struggle to attract holiday makers.

The Australian Bureau of Statistics’ Media Release “Tourism Grows Faster than the Total of the Economy”  was released on Friday 26th April.

The Media Release touts an 8.3% increase in domestic tourism as “the strongest growth we’ve seen since the 90s” but fails to recognise that the extra 6000 outbound flights per day since FY08/09 represents an actual income loss to domestic tourism operators of $7.2b.

The ABS media release quotes an 8.3% increase in domestic tourism, ‘driven by a significant increase in day trips – up 8 per cent”.

Veronica Hope, Editor of thetourismnews.com.au, suggests that “an increase in day trips is a negative for an industry whose success is measured in ‘night stayed’.

“An increase in day trips points to tourism regions’ inability to seduce tourists into longer stays, and the 6000 people departing our shores every day agree there is no temptation to tour Australia”, Hope said.

“An 8.3% increase in day trips means that if I fly to Melbourne for a one-day event, it is either too expensive or not tempting to stay there.”

Hope says the real problem is a lack of cohesion within the tourism industry.

“State and regional tourism organisations do a great job of helping themselves but only cooperative tourism routes lead to value for the consumer.

“A coordinated effort needs to be made to improve tourism product.

“Currently, Australian tourists can’t be guaranteed bang for their buck.

“Tourism regions aren’t talking to each other, and when they’re not talking they don’t have a message for consumers to hear.

“For example, NSW’ Hunter Valley should be working in tandem with the Central Coast, Newcastle, and the Hawkesbury to make a nice round trip for Sydney –siders.

“For too long, the high Australian dollar has been used as an excuse for poor product” Hope says.

“High costs never kept visitors out of Paris or New York,” she says.

“Australian tourism operators need to cooperate to provide cheap food in each place on a tourism route, nice places to stop in each town, and entertainment each night if they expect Australians to tour our country.

“Some small towns work together to ensure e.g. at least one café is open every day of the year to literally keep their little town on tourism maps.

Businesses like Tourism Channel have resorted to building websites at cost price to assist tourism regions in promoting themselves.

“In Spain, you get a free snack every time you order a drink. Imagine if everyone on the road to Dubbo knew that your roadside café served coffee with a complimentary ANZAC biscuit.

Hope says a lack of cooperation and guerrilla marketing amongst tourism operators is to blame, and that modern, practical, cooperative tourism is the answer.

“Australian tourism operators need to understand that a tourist in the hand is worth two in the bush.

“Seeing as domestic tourism is measured in ‘nights stayed’, the most effective way to improve sales for tourism operators is to promote three-night weekends instead of two.

“For the thousands of regional accommodation operators that rely soley on weekend trade, increasing occupancy by advertising cheap Thursday and Monday nights will increase their overall percentage occupancy, and ensure their weekend occupancy is at 100%.

“Its easy to see where the $7.2b in lost revenue for Australian tourism operators have gone”.

“Hard-working Australians have millions of leave days accrued, and with any tempting product, like cheap flights to an interstate footy game, workers are happy to make a long-weekend of an interstate trip.

“Australians just need quality tourism product to get them out the door.”

Contact Veronica Hope on veronica.hope@thetourismnews.com.au or 0400 180001 for more information

Tourism operators can find news specific to the industry at www.thetourismnews.com.au