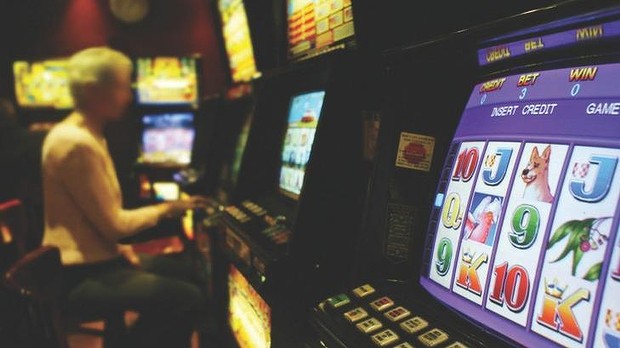 Before the last state election, the powerful ClubsNSW signed a deal with the NSW Liberal Party outlining what a Liberal government would do for them, if elected.

ClubsNSW subsequently deposited $256,000  into the Liberal’s state election account. The donation dwarfed the $33,750 given to Labor.

In government, then premier Barry O’Farrell delivered on large parts of his memorandum of understanding with the clubs, but not all.

The tax rate paid by big clubs on poker machine revenue was slashed. Electronic casino games, with bets of up to $100, were rolled out to small suburban clubs.

Sweeping tobacco reforms, which banned smoking in playgrounds, transport stops and building entrances, exempted outdoor dining areas – because the clubs didn’t like it.

Given a cap now exists on political donations, limiting an organisation to donating $5000 to a party, why the public fawning?

There are 1400 registered clubs in NSW, each legally able to make a $5000 donation. That is $7 million potentially on offer at the 2015 election.

ClubsNSW and its members are exempt from the donations ban that applies to other liquor and gambling companies, including hotels.

Franklin complained to Kerry Schott’s review of election funding that “one of the largest poker machine and licensed venue operators in the state (Panthers Group) is entitled to make donations, but the owner of a small country pub with two poker machines would be prohibited”.

Just as important as the money, Anthony Ball has demonstrated his ability to mobilise grassroots voters against a government.

The new deal with the Liberals and Nationals “binds the parties until the end of the term of the NSW Government to be elected in 2015”.

Greens upper house MP John Kaye questions the appropriateness of a sitting premier signing such an agreement. “This agreement locks NSW into another four years of sweetheart deals with the gambling lobby,” he said.

This time around, the smoking ban veto has been dropped.

The MOU commits the Baird Government to getting rid of “red tape” in the planning and licensing systems; considering use of the ClubGrants tax reduction scheme to provide childcare and aged care services; and conducting a “roots and branch modernisation” of bingo and raffle laws.

The government has also promised to review the process by which the gambling regulator decides if a club can have more pokies.

Where is the MOU with the public health lobby, or western Sydney residents sick of poker machines?