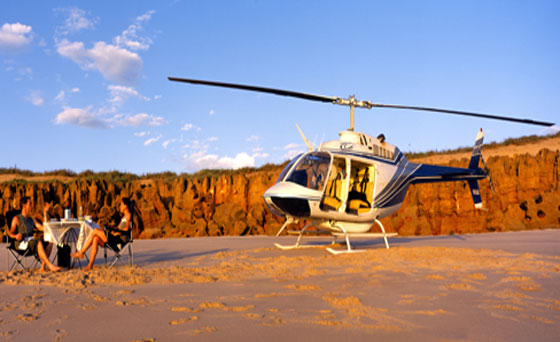 TTN: The scenic helicopter flight operator in question below was previously in the news in regards to suspicious circumstances regarding more than one incident.

At the time, operator Joseph Hans Calandra was outspoken in defence of his practices.

A SCENIC helicopter flight company will face a West Australian court over allegations it underpaid two pilots more than $15,000 in total.

It is alleged two pilots employed by Broome Helicopter Services were underpaid $4910 and $10,186 respectively over a six-month period in 2012.

The Fair Work Ombudsman claims the pilots were underpaid their minimum hourly rate, annual leave payments and other entitlements.

One of the employees was allegedly not reimbursed for phone calls he made for the company, and there are also alleged contraventions related to record keeping, rosters and payslips.

The Fair Work Ombudsman discovered the alleged underpayments when it investigated complaints by the employees.

The Fair Work Ombudsman is also seeking a court order for the company to rectify the underpayments.

Three tourists and a pilot had a lucky escape when a helicopter was forced to make an emergency landing north of Broome earlier today.

An eyewitness who saw the helicopter in trouble about 11.25am said it landed “really hard” on the road to Coconut Wells about 15km from Broome, snapping the tail on impact.

He said it appeared to be a controlled emergency landing close to a fork in the road at Lawrence and William Road.

“(It) came down really hard on the road and the tail was chopped off,” he said. “The pilot did a magnificent job of getting it down.”

The man, who asked not be named, said he had to wait on the road until the rotor stopped spinning before he could continue on his way.

All of the occupants were out of the aircraft and did not appear injured when he passed.

He said: “Everyone was a bit shook up, that was it.”

A spokesman for AusSAR said an EPIRB on board the aircraft was automatically triggered by the heavy landing, which alerted a Customs coast watch vessel. In turn, it notified the Broome airport control tower.

The Brisbane AusSAR centre was also alerted to the possible loss of a helicopter by satellite signal and dispatched the Customs plane to locate the chopper, which it spotted from the air.

The helicopter pilot notified their head office after landing and also informed AusSAR that everyone aboard was okay.

A police media spokeswoman confirmed police were notified of the incident and attended the scene about 12.20pm.

The damaged helicopter belonged to a fleet owned by Broome Helicopter Services.

The helicopter was removed from the site by trailer.