Perth redirects sport focus out of the capital 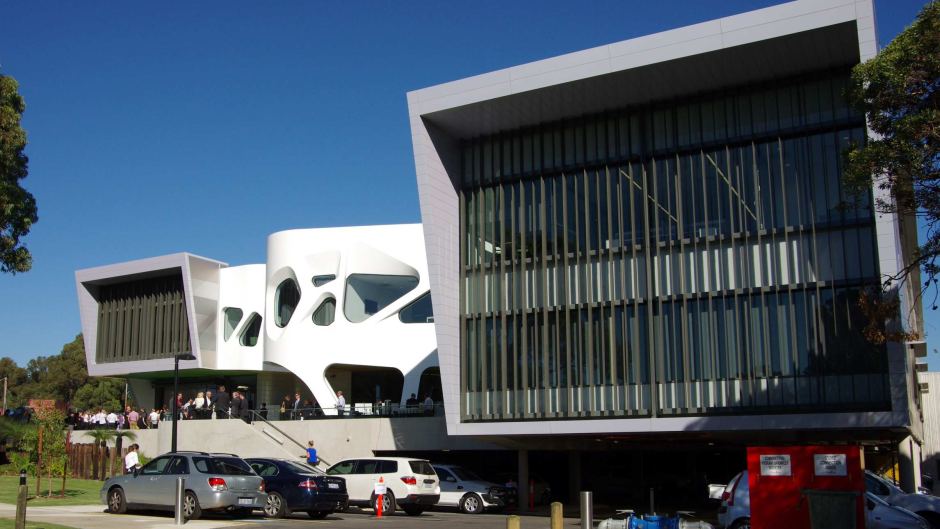 The centre in the Mount Claremont sporting precinct provides a high-tech training venue for Olympic and Paralympic athletes training for next year’s Olympic Games in Rio.

“There’s about 300 of our top athletes across 28 sports who will be using this centre.

“If you look around this building, there would be nothing in Australia to rival it.”

Mr Barnett said it would be invaluable for Olympic and Paralympic athletes, and would also serve to build closer sporting ties with nation’s in Asia, such as Singapore.

Sports Minister Mia Davies said the opening of the high performance centre would provide world class training facilities for elite athletes, and inspiration for those involved in grassroots sport.

Ms Davies said the new centre was the culmination of three decades’ work since the establishment of the WA Institute of Sport under the late Wally Foreman.

“I think he would be extraordinarily proud of what was started 30 years ago to now – to see this fabulous, architecturally designed facility,” she said.

Ms Davies said she expected Olympic and Paralympic athletes, as well as coaches to begin training in the building over the next week.

“It’s important that they’re in and able to utilise these facilities as they’re vying for their spots on both the Olympic and Paralympic teams,” she said.

Unlike the centre’s predecessor, which had only stairs, the new building is fully accessible to wheelchair athletes with a lift and ramps.

“We weren’t doing the best for our Paralympians so you’ll see today they can access every corner of this facility,” Ms Davies said.