Perth arts event left to the dogs of the city 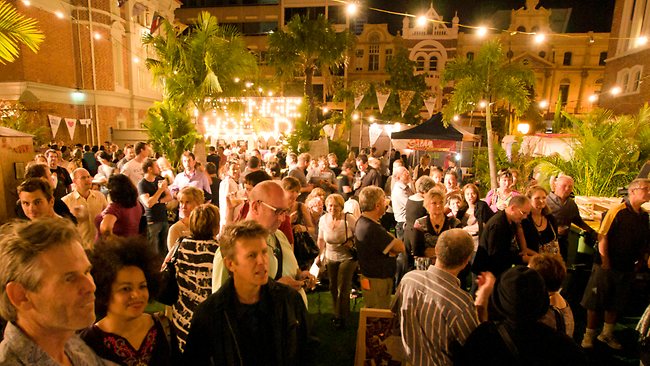 International and domestic artists performing at Perth Fringe are reporting abuse from the public as acts, out of the security of theatre and stages, are threatened by unruly public.

As the ABC reports below, “a drag performer was told he should have his head cut off, while another artist in costume was told it was no wonder women get raped.”

Melbourne cabaret artist Elena Gabrielle said in a Facebook post, “So far in Perth I’ve been followed, cat-called and harassed like many other artist friends this festival. This behaviour is uncalled for and needs to be addressed!”

Performers at a festival credited with bringing a friendly bohemian vibe back to Perth’s central entertainment district have taken to social media to share troubling experiences of a growing tide of antisocial behaviour towards them.

One drag performer in the Fringe World festival, which this year features more than 700 events, was told he should have his head cut off, while another artist in costume was told it was no wonder women get raped.

Other social media posts detailed how performers had been both verbally and physically harassed as they moved around Northbridge, mostly by young, drunk men.

Some said they had been hassled while returning to their cars after shows, while others were walking between gigs at the main venues at the Perth Cultural Centre and the Pleasure Garden at Russell Square.

Aside from serious safety concerns, performers were worried that the vibrant atmosphere of the festival, embraced by young and old in recent years, was being tainted by the ugly behaviour.

Comedian Sami Shah said he wanted to highlight the problem before it escalated into something more dangerous.

You’ve created an event that has become too big to manage, put pop-up bars everywhere, not provided adequate security and now we are being assaulted and harassed as well as underpaid.

“A lot of people are getting more angry,” he said.

“How do you control misogyny in the city?”

His sentiments were shared by fellow performer Tiffany Barton, who said she was upset to have witnessed a young man attacked near the Shambles Theatre at the cultural centre.

“I was in there on Australia Day and I saw a kid getting bashed on the ground with seven boys laying into him,” she said.

‘You’ve created an event too big to manage’

A campaigner for better pay and conditions for Fringe World performers, Ms Barton has raised the issue in an email to Premier Colin Barnett, Perth Lord Mayor Lisa Scaffidi and City of Perth councillors, as well as organisers of the festival.

“Many reports are surfacing on social media about antisocial behaviour at Fringe World, and violence and harassment towards artists over the last few days,” the email said.

“Artists and the general public are very upset.

“You ask artists to help you promote the Elizabeth Quay by performing for peanuts, you’ve created an event that has become too big to manage, put pop-up bars everywhere, not provided adequate security and now we are being assaulted and harassed as well as underpaid.”

In response to the concerns, a Fringe World spokesperson said in a written statement they had spoken to some of the affected artists and tried to find ways to improve their experience.

This included negotiating a discount with ride-sharing service Uber, giving safety tips and talking to police.

“We stand by the fact that Fringe is a time where more activity in busy inner-city entertainment precincts means safety throughout the precinct is increased, especially with the diverse crowds and varied demographics that make up the Fringe crowd,” the statement said.

“We encourage every person enjoying themselves late at night throughout Northbridge to be respectful to themselves and each other and need to reiterate that anti-social and disrespectful behaviour within any area controlled by Fringe will not be tolerated.”

WA Police said they had received no reports of assault, harassment or intimidation by Fringe festival performers and there were always increased police numbers on Northbridge streets at this time of year.