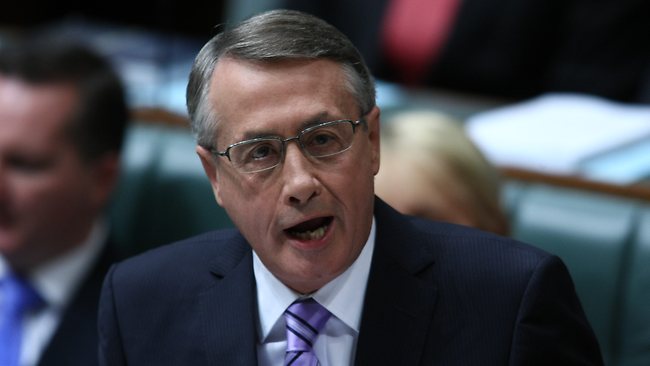 ‘Tourism and area promotion’ funding will drop $20m in the next two years but more significant is the loss from peripheral tourism industries. ‘Arts and Cultural Heritage’ will lose $84m before 2015-16, contributing to a ‘total recreation and culture’ loss of $263m. ‘Road transport’ is down $841m.

Published on smh.com.au home page as ‘Ross Gittins: The weirdest Budget you will ever see’

This is the weirdest budget you or I are ever likely to see. That doesn’t make it bad – just very strange.

With just four months until the election, it’s the most unlikely pre-election budget you could imagine, with loads of nasties and next to no sweeteners. It is  more like a post-election budget, particularly the kind you get after a change of government.

But its strangeness doesn’t end there. The Parliament has so few weeks left to sit, it is likely most of its controversial measures won’t become law before the election (with the increase in the Medicare levy the main exception).

That makes it less a budget than an election policy speech. Only if Julia Gillard is re-elected can we be sure the budget measures will become a reality.

And since the chances of Labor’s re-election seem low, this is more Tony Abbott’s budget than Gillard’s. It will be he who decides which measures survive and which don’t; whether Labor’s last budget becomes anything more than its final, impotent gesture.

Do you think Gillard doesn’t know that? This is the budget of a government that knows it’s a dead duck.

Usually when governments know they are going to lose, they  go for broke, offering electoral bribes they know they will never have to find a way to pay for, aiming to minimise their loss of seats.

Not this time. This budget is more likely to cost Labor votes than win it any.

No, the purpose of this budget is not vote-buying – it is reputation-rescuing, a last-ditch attempt to influence what history will say about the Rudd-Gillard government  as an economic manager.

History will be impressed by this budget – and a lot more forgiving of Labor’s shortcomings than voters are likely to be on September 14.

At this time in 2010, Wayne Swan seized on a Treasury projection three years into the future and boasted about his feat of returning the budget to surplus in 2012-13.

In the following election campaign, Gillard foolishly turned that long-range projection into a solemn promise.

This time last year, Swan boasted of budgeting for four surpluses in a row, as though they were in the bag. His surplus of $1.5 billion for the financial year just ending is now expected to be a deficit of $19.4 billion (but even that isn’t yet certain). This year his boast of being able to get the budget back to a surplus of $6.6 billion in 2016-17 (again on the basis of Treasury’s long-range projections) will draw understandable cynicism.

But just as Swan and Gillard should have more sense than  to attach much weight to economists’ forecasts, so should the rest of us. Treasury’s crystal ball will be no more reliable after a change of government. Less initial naivety on the part of the media and the public would reduce ultimate cynicism.

The strength of this budget – should it come to pass –  is that Swan has found sufficient saving measures (90 per cent of them tax increases) to cover the cost of the painfully slow phase-in of the disability insurance scheme, the Gonski school funding reforms and other new spending measures.

He has  found other savings to make a start on reducing the budget’s significant ”structural” deficit – the product of excessive generosity by successive governments – and eventually getting the budget back to surplus, but without endangering the economy’s tricky transition from mining-driven to consumer and business investment-driven growth over the coming year.

These additional, structural deficit reductions build from nothing in the coming financial year to $6billion in the following year and $12billion in each of the next two years. Being saving measures, these figures are less dependent on predictions about the state of the economy and so are easier to believe.

By my rough figuring, they will eventually reduce the structural deficit – that is, claw back unfunded handouts – by about 60 per cent.

It has to be said, however, that few of the nasties in the budget  will cause  voters to lose much sleep. They are aimed mainly at the well-off and foreign multinationals.

Even so, for a government that’s been far too timid in tackling unjustified spending programs and tax breaks, this budget is surprisingly brave.

And if, by being the one to propose last night’s unpopular measures, Gillard makes it easier for Abbott toagree to them now or to introduce them after the election, Labor willdeserve respect for initiating such a heavily disguised form of bipartisanship.

For what it’s worth, this is a good budget. But that is the trouble: under these strange circumstances, it ain’t worth a lot.