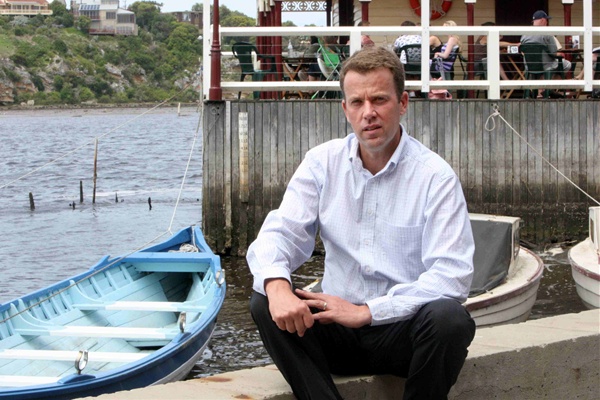 Before the election the Coalition promised it would not set penalty rates and no worker would be worse off under its industrial relations policies.

Labor cast doubt on the pledges and Coalition MPs have been reticent to talk about the issue.

However, Victorian Liberal backbencher Dan Tehan says he wants a debate about the relevance of penalty rates and thinks changes could be made without breaking election commitments.

“At the moment they’re having a draconian effect on our local communities,” he said.

He says a bakery in electorate has stopped opening on Sundays, due in large part to penalty rates.

Mr Tehan wants a debate about the issue and he says he is far from alone in his party room.

“There is a widespread view, I think, that something needs to be done in looking at this,” he said.

“Do we need to reduce the rate which is being paid on a Sunday and, in particular, for students?

“Students want to study during the week and they want to work on weekends, so therefore should businesses be paying a 200 per cent premium having to employ them?

“Maybe if they were just paying a 100 per cent premium that might work.”

Mr Tehan says the Fair Work Commission should consider the relevance of the current rates, which is in line with a recent government submission.

With a major review of workplace awards underway, the Federal Government has asked the Fair Work Commission to consider whether penalty rates and other minimum conditions are still relevant.

Viewpoints: should penalty rates be abolished?

Phil Lewis: The name “penalty rates” suggest businesses must pay a penalty for imposing conditions which disadvantage employees. However, penalty rates have their origins in the early 1900s in a labour market quite different to that of much of the Australian labour market today.

The Australian economy used to be characterised by mostly males working full-time in industrial jobs. There was little part-time or casual work. Working married women and jobs with flexible hours were rare. Most retail outlets shut at midday on Saturday and reopened on Monday. The weekends were for many the only time available for socialising, recreation, participating in sport and worship.

For many employees, although their wage rate would fall, they would receive higher total earnings since the potential to work a greater number of hours would increase.

The biggest beneficiaries from removing penalty rates would be consumers. They would pay lower prices, and be able to buy goods and services such as restaurant meals at times which better suit their lifestyle.

Penalty rates ensure that employers can attract staff in non-standard hours under terms that society considers to be reasonable given the required sacrifices involved. There has been no abandonment of long-held cultural and social arrangements with respect to the standard and non-standard work division.

The trend to two-income families as mortgage debt has risen to record levels has forced families to compromise some of their traditional leisure time to make ends meet. While casual work provides flexibility for some workers, working non-standard hours in precarious, low-paid and disagreeable working environments becomes a necessity for many given the deficient overall jobs growth. Penalty rates help protect living standards of these low-paid workers.

Textbook models that predict employment will grow if wages are cut have no evidential basis. Employment is driven by the strength of spending. Wage cuts reduce income and undermine spending.

Phil Lewis: While the majority may work standard hours and the weekends are the traditional periods for “socialising, recreation, participating in sport and worship”, this is not true for a large minority of workers. The ABS Time Use Survey indicates that even under this extremely broad category of sport and outdoor activity, the time spent, even on weekends, is not large and pales into comparison with other activities. For most people, working on weekends would not significantly impose on their time spent on sport and outdoor activities.

The view that somehow unavoidable economic circumstances “has forced families to compromise some of their traditional leisure time to make ends meet” implies that households are somehow irrationally drawn to make decisions on work and leisure and if only we stopped them making these decisions then they would be better off. I find this somewhat condescending.

Businesses make decisions of how much to produce, when to produce, how to produce; and how much labour to employ on the basis of what is most profitable. Higher wages, such as penalty rates, make otherwise profitable activities unprofitable and so businesses reduce output and employment.

Bill Mitchell: The ABS Time Use Survey was misused by employers in the recent penalty rates case. They argued that because an “average” person allocates only small amounts of time per weekend on “social and community interaction” or “recreation and leisure” that more work would not compromise them. The other time uses (rest, sleep, hygiene, homework, housework, child care, shopping, etc) were ignored in their submission, assumed to be expendable.

But the “average” is meaningless. For example, the average male spends 34 minutes at the weekend on “sport and outdoor activity” and 7 minutes on “religious activities”.

But each individual has to choose between discrete time allocations across activities at weekends with dichotomised choices. A “footy-loving heathen” will spend all afternoon at the MCG, while the church-goer is at the temple. Adding extra hours of casual work wipes out the basic social and recreational activity for most people. That sacrifice requires penalties to be paid.

Employment decisions by firms are not solely based on costs. Businesses supply output and hire workers in response to sales. Cut income and spending and employment fall.

As evidence, the Restaurant Award was significantly restructured in 2010 and penalty rates were retained. Employment growth and profitability in relevant sectors exposed to these rates continued to grow post 2010. There was no discernible negative impact of the Award change.

The OECD, a long advocate of the views proffered by the employers, has in more recent years recanted in the face of overwhelming evidence that these views are erroneous. In the2006 Employment Outlook it concluded, after an exhaustive examination of the research literature, that “The level of the minimum wage has no significant direct impact on unemployment” and “Highly centralised wage bargaining significantly reduces unemployment”.

In other words, rejecting all the theoretical causality that employers propagate.

Phil Lewis: A low average in the ABS Time use Survey indicates that a large proportion of the sample, from which the average is calculated, have low amounts of time devoted to that use. The point is that for those who work Monday to Friday full-time, having to work on weekends will disrupt their leisure patterns and leisure time. But for many people working weekends allows them to earn income from paid employment while meeting commitments to unpaid activities such as study or household duties.

It is difficult to infer anything from the introduction of the 2010 Restaurant Award since, with all the other economic factors at play, such as changes in income and consumer sentiment, (including the fiscal stimulus) it would be difficult to identify any positive or negative effect of the introduction of the Award. Also, the conditions in the 2010 Award for some states were not much different to the pre-2010 conditions.

The model of labour demand, whereby there is a negative relationship between wages and employment, has been the subject of much research both in Australia and overseas for decades. More recently Neumark and Wascher (2008) have compiled the results of a very large number of research papers on labour markets as diverse as the USA, Indonesia and Spain which validate the basic neoclassical model of labour demand. A closer reading of the OECD report reveals that high labour costs (which includes wages and other employer on-costs such as taxes) are a major impediment to employment. The OECD suggests that measures to reduce labour costs for low-skilled workers should be a high priority for policymakers.

Bill Mitchell: Time use is indivisible and there is diversity. While all people might attend a sporting event, on “average”, for a small time per weekend, actual spectators at each event spent a large chunk of time there.

Many social activities also require people to engage in them together, further reducing flexibility. Adding extra casual weekend work wipes out basic social and recreational activity for most people, even those already engaged in part-time employment at weekends.

The claim that employment is negatively related to wage rates is tantamount to religious doctrine for mainstream economists.

The link has also been categorically dismissed several times by the Full Bench of the Australian Industrial Relations Commission. The 1999 Reasons for Decision (Living Wage Claim Dec 384/99 V) concluded that “the increases we propose to award … will do little or nothing to diminish job prospects”.

The Full Bench in the 2004 Safety Net Decision rejected Professor Lewis’s evidence that predicted a wage rise would result in a “significant fall in employment”.

This is the third piece in our Insecure work series. Click on the links below to read the other pieces.

Is job insecurity becoming the norm for young people?