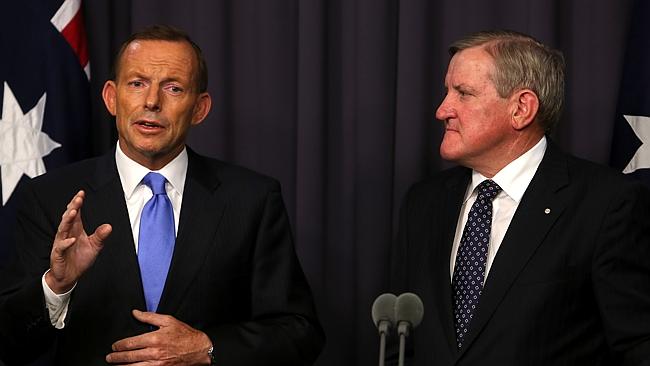 THE government has urged the Fair Work Commission to consider sweeping changes to the nation’s award system, opening the way for the Coalition to back fresh attempts by employers to cut penalty rates and other award conditions.

In a submission to the commission’s major review of modern awards, the government says the tribunal should carefully consider the “softening economic environment and labour market”, and, in particular, the impact of employment costs on companies deciding to hire workers over the next four years.

As unions attacked the government’s position last night, the Coalition urged the commission to give “significant weight” to the likely impact on business, including “productivity, employment costs and the regulatory burden”.

“The government submits that four-yearly reviews are to be a comprehensive examination of the minimum terms and conditions of employment in modern awards, and their relevance to modern workplaces,” the submission says.

“The four-yearly reviews are also an opportunity to realign or disamalgamate awards where necessary. The government acknowledges the potential for significant changes to modern awards to occur as a result of this review.”

The government says the commission is responsible for determining whether additional remuneration including penalty rates and the hours and days in which it was provided in modern awards are “appropriate in a particular industry”.

The submission says that current modern awards contain high degrees of detail and can be difficult to interpret, making them “particularly confusing for small business operators and individual employees who generally do not have specialist workplace relations experience”.

“Ensuring modern awards are concise and provide only minimum terms and conditions of employment will encourage parties to bargain for enterprise agreements that suit the particular needs of their workplace,” it says.

Employer groups, led by retailers and hoteliers, intend to use the review to push for cuts to penalty rates, and Employment Minister Eric Abetz has repeatedly refused to rule out the Coalition intervening during the proceedings on behalf of employers seeking to reduce penalties.

Senator Abetz refused to expand on the submission last night. In an interview with The Australian before last year’s election, he refused to say whether he believed it was appropriate that some workers received a 100 per cent penalty rate for working on Sundays.

He said “anecdotal evidence … is clear that there are a lot of job losses occurring in the (retail and hospitality) sectors because of penalty rates”.

Senator Abetz said there was “merit on both sides” of the debate, and employers wanting cuts to penalty rates should put their case to the commission’s review.

“The anecdotal evidence is the proof of what (former Labor treasurer) Frank Crean said, (that) one man’s wage rise is another man’s job when you start increasing wages to an unsustainable level. Whether penalty rates are or are not at an unsustainable level is ultimately to be judged by the independent umpire.”

Before the election, the former government changed the modern awards objective to ensure the commission must consider the need to provide additional remuneration for employees working overtime, shifts, public holidays, weekends or “unsocial irregular or unpredictable hours”. Labor and unions said the move was designed to protect current levels of penalty rates from likely attacks by an Abbott government.

In its submission, the Coalition says the clause should “not be read in isolation” and should be balanced against other elements when considering whether modern awards provide a fair and relevant minimum safety net.

It says the commission should give significant weight to other provisions in the modern awards objective. In ensuring that modern awards provided a fair and relevant minimum safety net of terms and conditions, the commission, as well as taking into account the impact on business, should consider the likely impact on employment growth, inflation and the competitiveness of the national economy. It says the commission should also take into account the need to promote flexible work practices, the efficient and productive performance of work, and the need to promote social inclusion through increased workforce participation.

The Australian Industry Group says it will push for increased flexibility to cash out annual leave and to deal with “excessive” accrual of annual leave. It also wants greater leeway to employ part-time workers and for employers to give workers time off in lieu of overtime.

The ACTU’s claim includes the flow on of recently improved entitlements to apprentices to other modern awards: changes to provisions relating to casual employment and better workplace rights for victims of domestic violence.

ACTU assistant secretary Tim Lyons said last night the “only interpretation” that can be made of the government’s submission was “that once again, it will back big business at the expense of the most vulnerable and lowest-paid workers in our society …

“It is unacceptable for the government to continue scapegoating workers for its own failures to protect jobs and industries.”