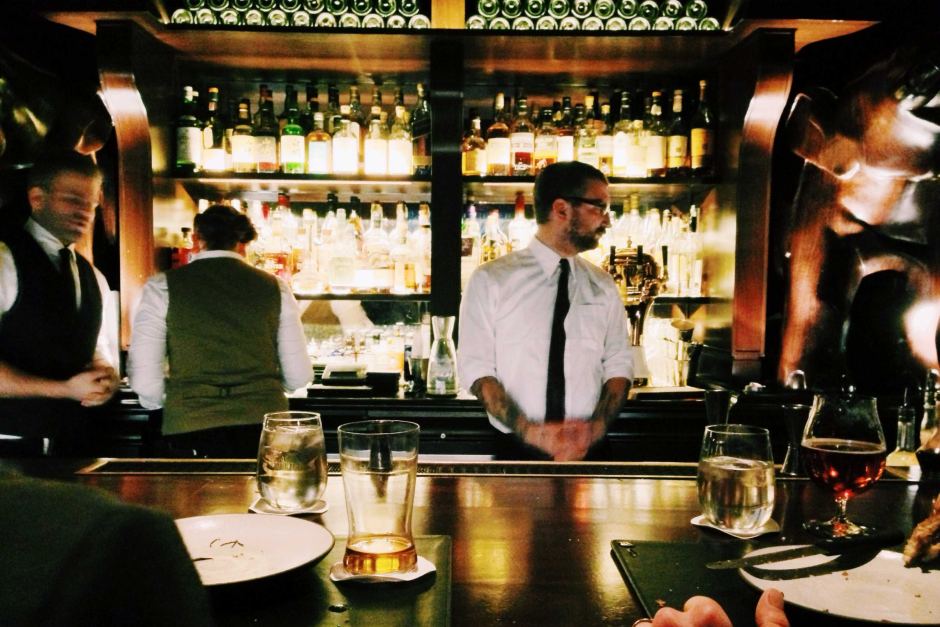 For all the signs that our economy is on the mend, two influential reports on Friday also highlighted the soft underbelly of Australia’s labour market.

Sure, economic growth is forecast to return back towards its long-term average, unemployment has probably peaked, and the era of ultra-low interest rates is nearing an end. But that is little comfort for the many workers who simply aren’t getting enough hours.

The Reserve Bank and the International Monetary Fund, in their regular check-ups on the economy, both last week pointed out the problem Australia has with underemployment: people who have a job but want more paid work.

The commentary from the IMF and RBA suggests we can expect to hear plenty more about this issue, which came to the fore as a better measure of the labour market’s health in 2016.

Banks have already told us it is squeezing more households’ finances, especially in mining-heavy areas, and the IMF and RBA say is probably one reason why wage growth is so sluggish.

So, what’s behind all this interest in underemployment?

Much of it has come about because of the heavy skew towards part-time work. In the year to December, some 126,000 part-time jobs were created, compared with 34,000 full-time jobs being lost. Yes, that means part-time work was responsible for all net employment growth, though this dynamic has moderated in the past six months.

There are plenty of people want to work part-time, of course, but that does not entirely explain what is happening here. Indeed, the share of the workforce who have a job but would like more hours – the underemployment rate – last year hit record highs of 8.7 per cent, falling slightly to 8.3 per cent on the latest figures.

Why would so many people be struggling to get enough hours?

The RBA’s analysis, in Friday’s Statement on Monetary, points to a couple of factors.

First, it says underemployment has been edging higher since the 1980s, in line with the growth in part-time work (jobs of less than 35 hours a week). Part-time work has jumped from 15 per cent of all work three decades ago to about a third today, driven by an ageing population and more women entering the workforce.

A second and more immediate reason for the recent rise in underemployment is the end of the mining construction boom, which wiped out tens of thousands of well-paying jobs, which were nearly all full time.

Picking up much of the slack has been work in the services sector – including tourism jobs in accommodation, restaurants and cafes, of which about 60 per cent are part time.

Workers in accommodation and food services are more likely to be underemployed than those in any other industry, the RBA says. Staff in retail, administrative and support roles, and arts and recreation also have higher rates of underemployment.

The IMF, meanwhile, suggests higher underemployment is the cost that some workers are bearing for having a more flexible labour market.

It points out that Australia has escaped remarkably lightly from two big shocks that in the past would have been expected to trigger much sharper increases in unemployment – the global financial crisis and the plunge in mining investment.

Despite these massive shocks, the unemployment rate this century peaked at 6.3 per cent, which is a fairly modest 0.8 percentage points higher than its average since the year 2000.

Other countries, especially in Europe, have fared much worse. The IMF points out that in Italy, the Netherlands, Portugal and Denmark especially, workers are still feeling the pain of much higher unemployment, some eight years after the global financial crisis.

Why did our economy cope better in a shock?

The IMF reckons “flexibility” of the labour market was a key reason, because it has allowed workers to shift to industries that are growing.

“Increased flexibility in average hours per worker has likely moderated employment reduction in downturns and prevented a larger increase in unemployment in the wake of the mining investment downturn,” it says.

However, this has come at a cost, as “falling average hours per worker and rising part-time employment may have led to elevated underemployment.”

Both the IMF and RBA say this extra pool of hours-deprived workers is probably one reason why wage growth is so slow, as employers have been able to gradually increase hours worked, rather than bidding up pay.

The RBA has also previously pointed to the growing number of businesses hiring staff on short-term contracts, or in casual or part-time positions, as a way to keep their costs down.

There’s been a trade-off that has meant employers are less likely to cut jobs in a downturn, because they can instead lower their costs by taking advantage of a more flexible labour market.

The economy-wide benefits of this need to be acknowledged: it’s meant downturns have been less likely to result in deep job-cutting, and it’s allowed service industries to help pick up the slack after the mining investment collapse.

But the costs can’t be denied either: it has also meant we have a higher proportion of the workforce that would like more paid work than they can get.

A worker who stood alongside Opposition Leader Bill Shorten complaining the penalty cuts would cost him $109 a week is a Labor Party member and will not lose a dollar.

The Fair Work Commission (FWC) decided to reduce penalty rates for some Sunday shifts in retail, hospitality and fast food.

The decision was met with fury by the union movement and the Labor party.

Sydney man Trent Hunter stepped up with Mr Shorten and Opposition employment spokesman Brendan O’Connor to humanise the cost of the commission’s decision.

“I am gutted, It is such a disgrace, I do not accept the decision as a retail worker,” Mr Hunter said.

“I rely on Sunday penalty rates. I am rostered on every single Sunday.

Supermarket giant Coles contacted the ABC this afternoon to say Mr Hunter was one of their employees.

“Store team members at Coles are employed under an enterprise agreement and therefore are unaffected by today’s decision.”

The ABC has contacted Mr Hunter for comment. His phone went straight to voicemail.

Mr Shorten’s office confirmed Mr Hunter is a member of the ALP.

“Hundreds of thousands of workers will be worse off because of cuts to penalty rates — that’s a fact,” a spokesman for Mr Shorten said in response to the assertion from Coles.

It was not the first time Mr Hunter has appeared at Labor events.

He has posted numerous photos on his social media profiles campaigning for the party, including snaps with western Sydney MP Emma Husar and leader Bill Shorten.

It is understood some within Labor recognise the error of using Mr Hunter in the nationally televised press conference.

Penalty rate change: The arguments for and against

From Jessica Haynes at the Australian ABC, 23rd Feb 2017

PHOTO: Hospitality workers who work full and part-time will be impacted by the changes to Sunday penalty rates.(unsplash.com)
RELATED STORY: Penalty rates to be reduced for hospitality, retail workers
MAP: Australia

Today, Sunday penalty rates have been cut by the Fair Work Commission for some hospitality, retail and fast-food workers.

The commission has been hearing evidence from unions and industry groups on the matter since 2015.

So what were the arguments for and against the change?

So, give me the gist of the changes

The penalty rate for full-time and part-time employees will be cut from 175 to 150 per cent.

There’s no change to the Sunday rate for casuals which will stay at 175 per cent.

There’s no change to Sunday penalty rates for level two and three employees in that award.

The Sunday penalty rate for full-time and part-time employees will be taken down from 200 to 150 per cent.

The Sunday rate for casuals will be reduced from 200 to 175 per cent.

Arguments for the change

Who wanted the changes?

In December 2015, it recommended changes to weekend penalty rates, calling for Sunday rates to be brought into line with Saturday payments.

It was part of its final report into workplace relations and said it would impact workers in retail, entertainment and hospitality industries.

“Penalty rates have a legitimate role in compensating employees for working long hours or at asocial times.

“However, Sunday penalty rates for hospitality, entertainment, retailing, restaurants and cafes are inconsistent across similar work, anachronistic in the context of changing consumer preferences, and frustrate the job aspirations of the unemployed and those who are only available for work on Sunday.

“Rates should be aligned with those on Saturday, creating a weekend rate for each of the relevant industries.”

Some argue they can’t open on Sundays due to the high cost of wages for employees.

Others say it would allow them to employ more people if the penalty rate was dropped.

Russell Zimmerman from the Australian Retailers Association welcomed the news and said it would ensure there were more jobs available within the retail industry.

“For the people we represent, our retailers have told us quite clearly that they will be employing more people where they are already employing people on a Sunday and where they have shops closed on a Sunday, they will look at reopening the shops on a Sunday to ensure more employment throughout the industry,” he said.

Who didn’t want the changes?

“Today we have had a decision from the Fair Work Commission to cut the pay of the lowest paid workers in this country from up to $6,000 a year,” she said.

“Cleaners, hospitality workers, retail workers, people who don’t earn a fortune are going to have their pay … cut off — everyday people.

“This decision will have a massive impact on household budgets of so many families. Nearly a million workers will be affected by this pay cut. Their families and their budgets and their livelihoods.”

The changes will mean a pay cut for many workers who work full-time and part-time in the above industries.

It could also lock out some casuals from working on Sundays, as full-time and part-time staff will now be cheaper to employ on those days.