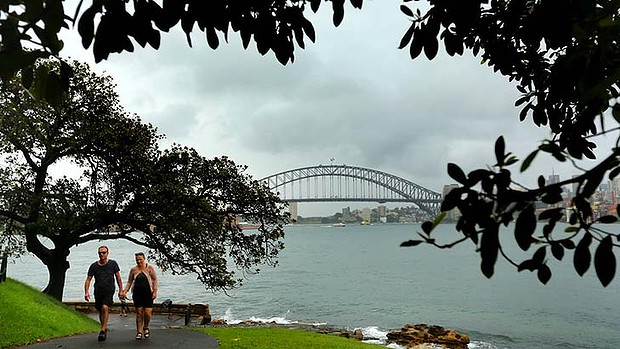 Paul Keating has blasted as an “atrocity” a draft masterplan for the Royal Botanic Gardens and The Domain and has suggested those behind the proposal “hang their heads in shame”.

The former prime minister said the proposal – which includes a five-star hotel, harbourside viewing platforms and a permanent sound shell in the Domain – was “the most appalling and outrageous plan Sydney has ever seen for the misappropriation of its public lands”.

“The Botanic Gardens is first and foremost a horticultural place; it is one of the two or three great such gardens in the world,” he said.

“While the government is spending a lot of money on a cultured headland park at Barangaroo to the west, the same government, with the authority of Environment Minister Robyn Parker, is spending money to destroy the gardens to the east.”

Mr Keating said he was surprised by the plan given he had been “hugely impressed by Premier Barry O’Farrell’s understanding and support for the Barangaroo concept plan. One side of the government seems to have sensitivity and judgment; the other side doesn’t”.

Mr Keating said the worst “atrocity” in the draft was a proposal for a viewing platform at Mrs Macquaries Point. “It is the nearest thing to a sacred site in Sydney – held sacred by the non-Aboriginal community as well as the Aboriginal community,” he said. “You do not need a construction on a natural point.”

The proposal for an “orientation centre” at the entrance to the Botanic Gardens, near the foot of the Opera House, was “a scandal – they don’t have any respect for [architect Joern] Utzon or his building”.

Mr Keating said the proposed five-star hotel, to be constructed behind the Art Gallery of NSW, adjacent to the Domain car park, would prevent the gallery from expanding into the area. The sound shell would “turn The Domain into an arena [for] every two-bit rock concert entrepreneur to . . . abuse that land from now to eternity”.

Mr Keating’s view was backed by Ian Kiernan, patron of Friends of Sydney Harbour, who described the draft plan as “a bloody disgrace” and “theft of a public asset”.

But Sydney Parklands and Botanic Gardens executive director Kim Ellis said it sought to provide solutions to problems identified in a 2013 survey.

He said there was an “ugly” asphalt viewing platform and kiosk at Mrs Macquaries Point with no toilets and “something has got to change on that point to make it more accessible and more convenient for Sydneysiders who go out there every year”.

The proposed “orientation centre” at the foot of the Opera House would be a more appropriate facility for the 1 million people who use that entrance each year.

Mr Ellis said the original plans for the Opera House “did include some buildings built sensitively into the landscape for that area. We would be informed by those original designs”.

He said the land above the car park was “not available” for the Art Gallery to expand due to playing fields, which would be preserved.

Ms Parker said that “instead of ‘going troppo’ about new investment and planning for Sydney’s green lungs, critics are welcome to engage in the consultation process and to make a submission”.