Parkour taking off in Perth 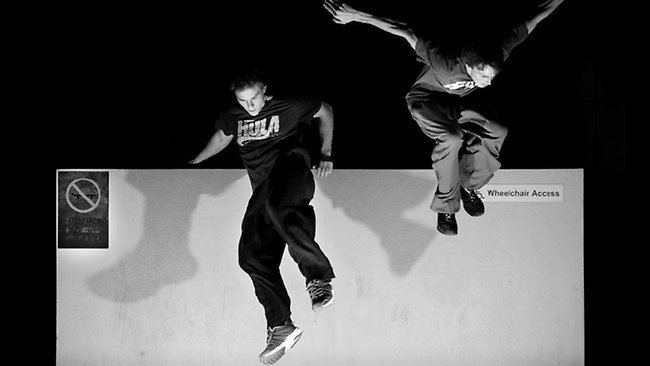 LEAPING from a thin ledge, more than five flights of stairs above the ground, Grant Webster takes his life into his own hands.

He jumps from “high enough to do a lot of damage if it went wrong” and lands on the platform of a stairwell, a well-rehearsed tumble catching his fall.

And when The Sunday Times picture editor Jackson Flindell captured this Spider-man act, Mr Webster wasn’t the only one jumping off the City Place car park.

Practitioners aim to move from one place to another, negotiating the obstacles in between.

His death-defying leap of faith is just part of an extreme sport known as parkour, or freerunning, that is growing in popularity each week in Perth.

Parkour, also known as the “art of displacement”, originates from France and is based on military obstacle-course training. The discipline uses no equipment and is non-competitive.

Mr Webster said it took him years to build up the courage and strength to stand on the thin ledge and jump into the unknown.

“The first time I looked at it I had no intention of doing that jump,” he said. “I just thought: ‘Nuh, no way’. It was high enough to do a lot of damage if it went wrong.”

Parkour, also known as the “art of displacement”, originates from France.

He started training after developing a fascination with parkour shown on YouTube and in the movies. He first looked at his Perth death-defying jump while training with fellow parkour practitioner Matthew James, who had been considering it for about two years.

“We build up for things. You never go out and just do a massive jump,” Mr Webster said. “In an emergency if you had to do it, you could, but it’s bad for your body.”

Mr Webster said “not a lot” went through his mind during the actual jump. “It’s not like in the movies when it’s in slow motion,” he said.

Both men said the sport required confidence and concentration.

“It’s about improving strength and confidence, there’s a really strong mental side to it,” Mr James said.

They said the YouTube videos and terrifying images of daredevil stunts associated with the sport took years of practice and the idea that enthusiasts were risk takers could be detrimental.

“The people you see in those videos have been training for 20 years,” Mr James said. “What we do in our classes is on the ground, it’s about getting from one place to another efficiently it’s learning to run away.”

“It’s cheaper, and it’s a lot of cardiowork and a lot of power work,” he said. “We do a whole range of conditioning exercises, every part of your body gets used.” 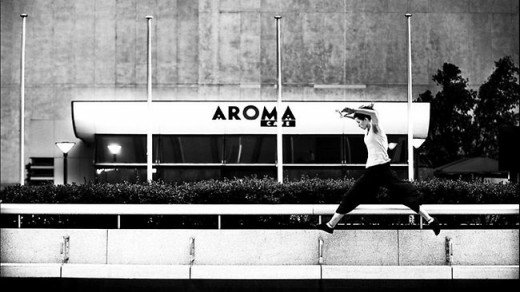