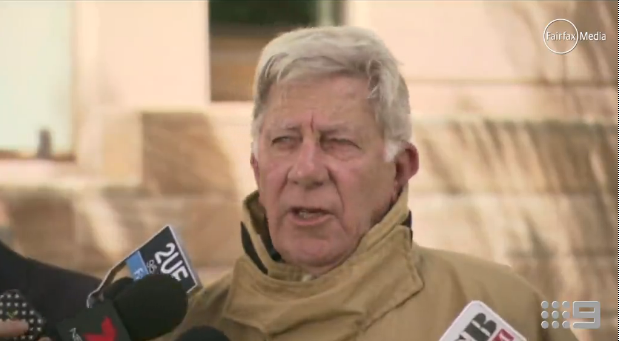 TTN: Fairfax Media are reporting that a mix up in the pool area of Sydney’s Park Hyatt Hotel was to blame for the hospitalisation of 6 guests today.

The fireman featured on video has a different story.  – that a dangerous chemical combination was mixed in a service area, then City of Sydney firies neutralised the dangerous mix in the hotel’s swimming pool.

Below is the link to the video of Wayne Buxton from City of Sydney Fire Station on the same Fairfax page that offers a differing account in text from a NSW Fire & Rescue spokesman.

Click the image of Wayne Buxton below to view the video on the Fairfax media page.

80 evacuated, 6 in hospital after chemical mix-up at Park Hyatt hotel

Guests have been allowed back into the Park Hyatt Sydney at The Rocks after a chemical mix-up in the swimming pool area forced the evacuation of the hotel.

About 80 guests and staff members were evacuated at 9.20am after the smell of chlorine wafted throughout the building.

Paramedics took six people – five staff members and one guest – to hospital after they were exposed to the fumes.

A NSW Ambulance spokesman said paramedics were called to Hickson Road after reports that people were falling ill.

Fire and Rescue NSW spokesman Superintendent Ian Krimmer said the wrong chemicals had accidentally been mixed together in the pool area.

“Because of the air-conditioning, that odour has gone throughout the building and it was evacuated as a precaution,” he said.

Some guests were seen gathered at the front of the hotel in their bathrobes, before everyone was allowed back inside just before 11am.

Superintendent Krimmer said the building had been ventilated and declared safe.