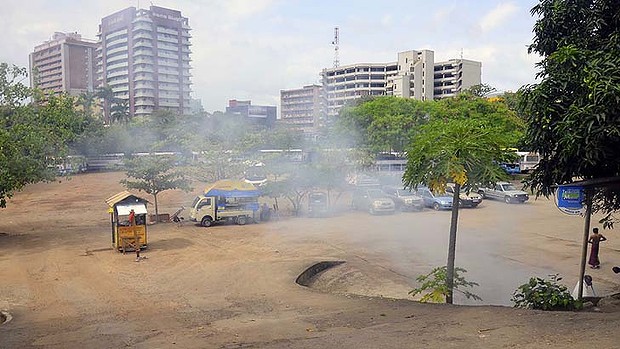 James Packer has been handed a sweetheart deal to build a casino in the Sri Lankan capital Colombo, with the government offering hundreds of millions of dollars in tax breaks despite fierce political and religious opposition to the project.

This year the Sri Lankan government rushed through parliament legal amendments to give Mr Packer’s project a decades-long tax holiday, exempting it from at least 10 taxes and levies.

The tax breaks could be more than $1 billion forgone from the Sri Lankan budget over the next decade, sources within the country told Fairfax on condition of anonymity.

“If he can pay tax at 29 per cent for his Sydney casino, and guarantee the NSW government $1 billion, he should not be allowed to operate without any taxes in this country.”

Crown insists the project is far from a done deal but Mr Packer has made several trips to Sri Lanka this year, meeting senior government ministers, including the Economic Development Minister and brother to the President, Basil Rajapaksa.

It is reported that Crown Group and Rank Holdings, Sri Lanka’s biggest gaming corporation, will build a $350 million, 36-storey entertainment complex, including a casino and a 400-bed hotel, on prime real estate in downtown Colombo. The casino is slated to open in 2016.

Rank Holdings is run by Ravi Wijeratne, regarded as “almost family” to President Mahinda Rajapaksa, and his powerful brothers.

Mr Wijeratne obtained the lakeside site in 2007 on the condition it be developed into a multi-storey car park. The land was never developed but last month the cabinet announced it had approved a “mixed-development project” on the site.

Sri Lanka’s investment promotion minister said a casino licence had not been approved but Mr Wijeratne, who already holds a casino licence, told reporters: “I will be taking my gaming business to this hotel.”

The partners will reportedly take 45 per cent stakes and other investors will hold the balance. The project is being advertised in Sri Lanka as the “Crown complex”.

But the tax concessions offered to the project, at a time when Sri Lanka’s economic growth has slowed, and government revenue is falling, have sparked fierce political and public opposition.

The complex will be exempt from paying corporate income tax for 10 years, and will receive a hugely discounted rate for 12 years after that.

It will also be exempt from dividend tax for a decade; customs duty on imports; 12 per cent value added tax; 3 per cent nation building tax; the port and airport development levy; withholding tax; and pay-as-you-earn tax for expatriate employees, among other concessions.

“The government changed two laws for Packer so that all the tax liabilities on him have been removed for this investment.”

The minister for investment promotion, Lakshman Yapa Abeywardena, did not respond to requests for an interview but told a news conference that those who opposed the Crown complex were anti-nationalists who hated Sri Lanka.

“Foreign investment is of great importance to our national economy. Without government revenue we will not be able to maintain the welfare state. If the government does not have money who will subsidise farmers?”

He said the Crown deal was unexceptional. “Packer is not enjoying high tax concessions. He has only been granted 12 years on the condition he develops a mix[ed] development project and creates more than 2600 direct jobs.”

A spokesman for Crown said: “Negotiations on a proposed resort project in Colombo are still ongoing.”

Mr Wijeratne declined a request for an interview.