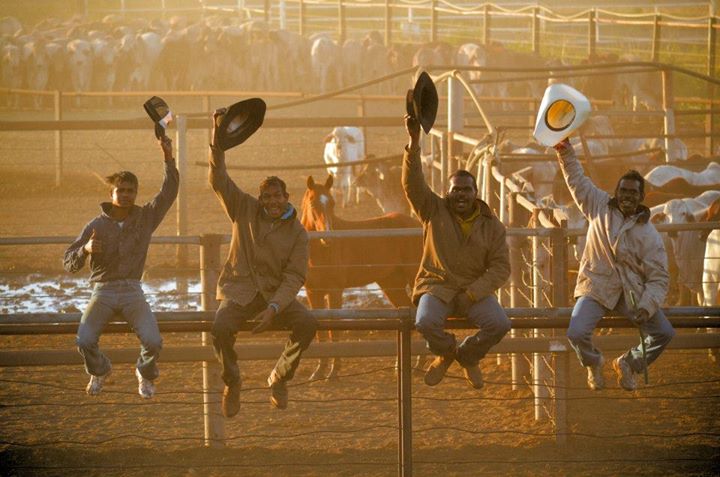 In moments of quiet contemplation in a dusty mustering camp west of Katherine, Dan McIntosh still ponders the path that led him to becoming a global Facebook sensation.

Mr McIntosh had not used a computer until last year. He had not seen the need for one in the outback stock camps where he spends his life as an itinerant cattle station cook.

Besides, there is usually no electricity and no telephone signal.

But Mr McIntosh was keen to share his photographs with his immediate family and friends – photos he took in his spare time when he was not knocking up hearty meals for ravenous jackaroos.

So with some help, he started posting his pictures of outback life on Facebook.

Soon the number of online views and ‘likes’ of his photographs escalated to more than 50,000 and at last count more than 32 million people worldwide have taken a peek at his Facebook page.

Many others from across Australia have also began adding their own pictures of rural life to his page.

Titled Outback Stations, the publication features photographs from the Facebook page, and was launched in Darwin last month.

But the humble camp cook admits he can still scarcely believe this success.

“When Brigitta first rang me, the first few seconds I thought it was a prank,” he admitted at the Darwin book launch.

“Never in a million years would you think that it would become a book. Just incredible. Hard to believe.”

Mr McIntosh begun working as a cook for a shearing team in Western Queensland more than 30 years ago, quite by accident.

“The cook got drunk and got locked up in the jail in town,” he said.

“Anyway they came and asked me would I cook them a meal, so we go over to the kitchen and there was plenty of fruit and veggies but no meat – so we had to go over to the sheep yard and get two sheep.

“We had to kill them and dress them and cut some back legs off them for some roasts for the night.”

His cooking that night passed the stern requirements of the shearers and in the years since the 52-year-old has worked his way across Northern Australia.

Mr McIntosh says it is an isolated lifestyle, but it also has riches beyond measure.

“It’s nice out here, it’s peaceful. There’s no hassles. You wouldn’t work anywhere else, it’s beautiful. I like it.”

Publisher Brigitta Doyle saw the appeal in Dan McIntosh’s photos and Facebook page as they both revealed outback life – the people, places and events rarely seen by most Australians.

McIntosh is delighted to think he is able to convey some of the reality of bush life through his images.

“A lot of city people, they can see how we live – they just thought it was a big red inland country and just a few kangaroos and that was it. But it was more than that,” he said.

Of all the subjects McIntosh photographs, he most enjoys taking portraits of rural folk.

“The faces tell the story … A lot of them you can see the hard times written in the face.”