Operators the last to know about GBR oil spill 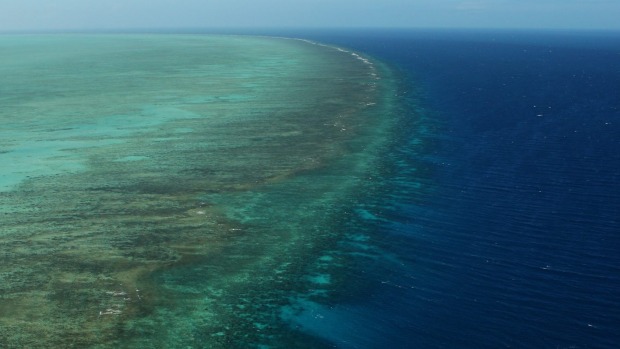 TTN: The Queensland Government are keeping a 30km oil spill on the downlow, with key stakeholders, such as Hinchinbrook Resort manager Alan Hamilton kept completely in the dark ten days after the spill, even though ‘palm-sized’ clumps have washed up on Hinchinbrook Island.

Oil has washed up on Forrest Beach near Ingham, on beaches on Palm Island and on Mulligan Beach on Hinchinbrook Island.

Hinchinbrook Island is a national park with no permanent residents.

A 800-metre diameter oil spill was first reported by a Townsville fisherman last Thursday and broke up to an oily film spreading over 30 kilometres south of Townsville.

Ms Tubman said she was concerned issues had been downplayed by authorities and the clean-up was slow.

“It seems like it was downplayed for a long time.”

“Now they are saying they have actually found bits of it on land that you can see.

“But what about all the rest of it, that you can’t see .

“How far has that dispersed and what has been the impact?

Hinchinbrook Resort manager Alan Hamilton said he had not been to the island on Friday and said he knew nothing about oil film being washed up on the island.

Mr Hamilton said no-one had contacted him about the clean-up on Mulligan Beach beginning on Saturday.

“The majority of oil patties are described as palm-sized and limited to a narrow tide-line over one or two kilometre stretches.”

Last Friday Fairfax Media broke the story that oil had spilled from a boat near Cape Upstart south of Townsville.

The oil formed a film that stretched for 30 kilometres in metre-square clumps that was five kilometres wide in places, MSQ chairman Patrick Quirk reported last Saturday.

“This is understood to relate to a report of oil in the water off Cape Upstart late last week with patches of oil sheen sighted during aerial surveillance on Saturday,” a Maritime Safety Queensland spokesman said.

The clumps of oil are restricted to “one or two kilometre long stretches” at each beach.

Clean-up plans are being put in place now.

Oil samples have now been taken from 10 ships that were in the area near Cape Upstart last Thursday and Friday, an MSQ spokesman said.

Samples will be used to track down the vessel which released the oil.

Anyone finding unfamiliar material on the shore can report it to either GBRMPA on 0427 969 384 or to the Department of Environment and Heritage Protection on 1300 130 372.