One of Victoria’s oldest pubs destroyed by fire 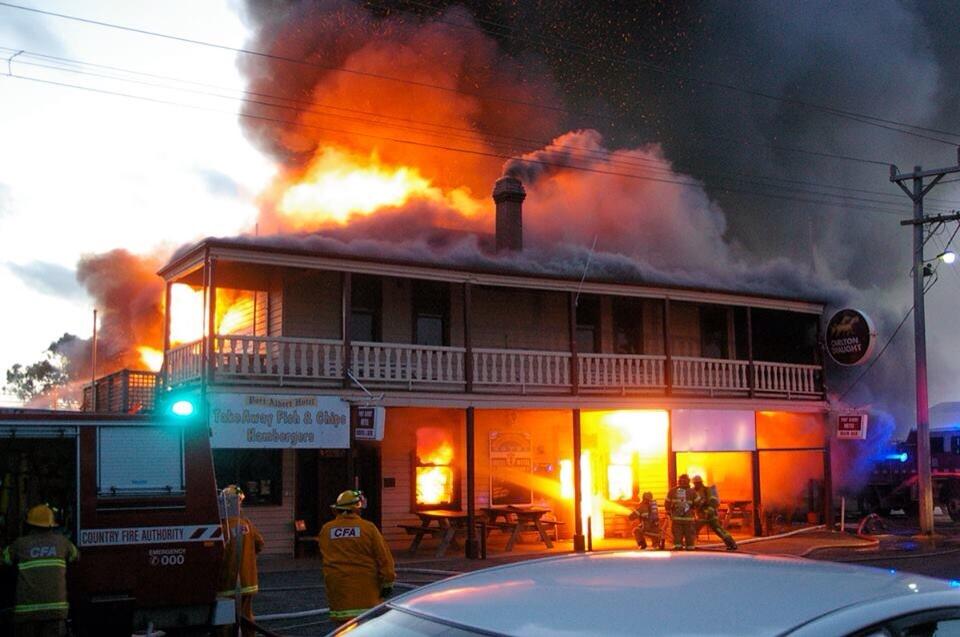 The historic Port Albert Hotel in Gippsland (near Yarram) has been destroyed in a fire.

Firefighters were called to the pub, which is believed to be the first pub in Victoria to be licensed in 1841, just before 8pm last night (Monday).

The fire was contained to the hotel and an investigation will be carried out this morning to establish the cause.

CFA Regional Duty Officer Darry Hunter said the fire was contained by 9.30pm and 16 brigades were involved in the fire fight including the ladder truck from Traralgon.

One of Victoria’s oldest pubs has burnt down overnight.

Country Authority Fire crews arrived in 16 trucks at The Port Albert Hotel, east of Wilsons Promontory, to find the building gutted by fire just before 8pm on Monday.

A CFA spokesman said it took firefighters an hour and a half to control the blaze.

The pub, which was built in 1841 primarily out of wood, was significantly damaged in the fire, the spokesman said.

Resident Mike Luke told radio station 3AW that no-one was inside the pub at the time of the fire.

Mr Luke said that once the “blaze got hold of the old timbers, there was just no stopping it”.

No other buildings were damaged in the blaze.