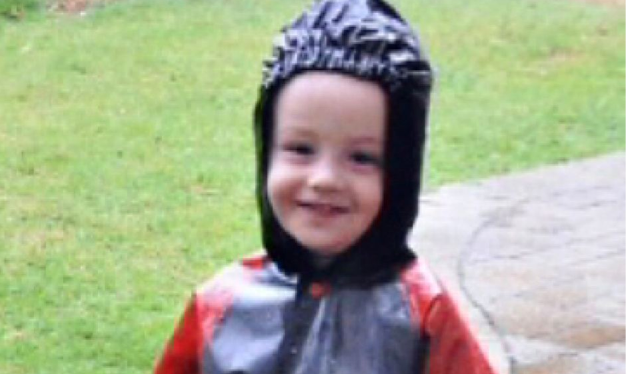 The WA Coroner has handed down findings into the death of a three-year-old boy at a Rottnest holiday unit in 2009.

Thomas Brasier was killed on October 27 after a column collapsed onto him at unit 539 at Bathurst Point where family friends were staying.

He was playing in a hammock, which was attached to the pillar, with other children when the column fell into three pieces.

Coroner Dominic Mulligan has found it was an accident but he has highlighted poor construction as a contributing factor.

While the pillar of clay masonry bricks and mortar was “very heavy”, the coroner found it was built without a steel rod to “tie” the verandah roof to the column.

Photo: Thomas Brasier was three when he was crushed by a pillar at Rottnest Island. (Brasier family)

If the pillar had been constructed in accordance with an architect’s design, a rod, secured at its base by a metal plate within the pillar, would have been tied.

The top 700 millimetres of the pillar (2.3 metres in length) had a hollow central core.

Even if the rod was not included, the pillar would have had much better reinforcement if the inside was filled all the way to the top with concrete.

Mr Mulligan could not determine who had built the pillar.

He found that unit 539 was not built according to design, even though the original drawings for the unit had been lost.

The designer Ronald Ferguson provided drawings to the inquest which related to similar units where porches were a standard detail.

While the properties were certainly designed to be structurally sound, they were put to the test in 1981.

In that year, heavy winds caused two units at Geordie Bay to lose their roofs because they had not been tied down in the proper manner.

When Mr Ferguson was called in at the time to identify what had gone wrong, he found that while steel work was present, it was not hooked, which meant the roofs were not tied down.

He told the coroner “The steel… was just hanging, flopping in the cavity, so the roof just flipped straight off.”

The architect was concerned about the safety implications for all the cottages, not just those at Geordie Bay, and left it with the Rottnest Island Board, who he thought would take action.

The coroner said it was not possible to find out what the Rottnest Island Board did to remedy the situation, despite the emerging evidence that the actual construction standards in the 1970s had been lax.

There was no evidence of an audit to determine which properties at Rottnest were not up to specification.

The coroner has said the 1981 incident “should have resulted in a wider consideration of the adequacy of tie downs throughout Rottnest Island given the very poor level of workmanship and regard to safety.”

The unit 539 was upgraded in 1996 but the renovations and repairs were cosmetic and the construction defect was not found.

Then in 2003, the Auditor General published a report about Rottnest called ‘Turning The Tide’, which found the accommodation and infrastructure had run down.

Recommendation 79 was that the Authority develop a comprehensive refurbishment strategy.

The eventual funding approved for upgrades was more than $32 million.

Photo: The units where a pillar collapsed crushing Thomas Brasier.

Part of the refurbishment would involve the replacement of asbestos roofs, including at Bathurst Point, with zincalume or colorbond.

But while the builder who did the works at Geordie Bay was contractually obliged to consider whether tie downs were present, there was no similar obligation on the builder at Bathurst Point.

The coroner said “This appears to be an unfortunate oversight.”

Mr Mulligan said had the builder been obliged to consider the adequacy of existing tie downs, the absence in the north-east pillar at the back of unit 539 may have been discovered, and it would have been reinforced or replaced.

The coroner has not laid blame on any of those who worked on unit 539 after construction in the 1970s.

Mr Mulligan has said they were not asked or required to check, and even in the case of roof replacement, the ability to do so was very limited.

He has said he was confident that had workers seen the problem, they would have taken “prompt and immediate steps” to highlight it.

The pillar, like others on Rottnest, had been standing for more than 30 years with no sign of failure.

Mistakes made and opportunities lost

Nevertheless, the coroner lamented the lost opportunities of 1996 and a decade later.

He said the absence of the original drawings complicated the repair and refurbishments carried out in 2006.

Mr Mulligan said “The 1996 and 2006 repairs and renovations presented opportunities when the Rottnest Island Authority, architects and builders and sub-contractors had an opportunity to closely consider the fabric of the buildings on Rottnest Island.”

“The sad truth is that in 1975 a person or persons unknown constructed the north-east pillar at the rear of unit 539 in an extremely unsafe manner.”

After Thomas Brasier’s death, a full and proper audit was done, and it was discovered a total of 22 out of 600 brick piers were not tied to verandah roofs as originally intended.

The coroner has recommended the government consider making it a requirement for local governments responsible for building permits to require details of all tie down connections for homes to be included as part of an approval process before construction.